The scenes were filmed on Grand Parade in Cork City centre.

Captured by Ali Hamou, an aid worker, it shows large groups of people gathered on the street.

At one point several Gardaí are seen racing down the street, soon after followed by a Garda patrol car. 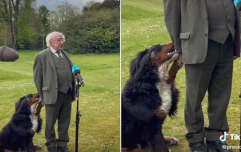 END_OF_DOCUMENT_TOKEN_TO_BE_REPLACED

In relation to the video, a Garda spokesperson said that their members, "observed and intervened with a group of young males suspected of being involved in the sale and supply of illegal drugs.

"One male ran from Gardaí who after a brief chase intercepted and arrested this male. A quantity of suspected cocaine was recovered.

"One Garda received minor facial injuries during the incident."

Gardaí say 9 arrests were made during this incident and others throughout the evening.

They say 4 men have been released pending the completion of a file for the DPP, whilst another man has been charged with public order offences.

Another male was offered an adult caution and the final two males will be processed through the Juvenile Diversion Programme, Gardaí said.

Advertisement
The Gardaí said that the public was "overwhelmingly compliant with Public Health guidelines" and that most of those gathered were part of family groups and bubbles in the city to see the Christmas lights. 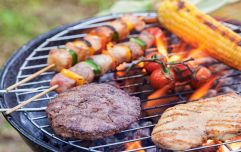 END_OF_DOCUMENT_TOKEN_TO_BE_REPLACED

The video follows on from the emergence of similar footage shot in Dublin city centre last weekend which led to speculation that the government was considering stopping the sale of takeaway drinks from pubs in Ireland.

Pubs have been allowed to sell takeaway drinks under all levels of the Government's Living with Covid-19 plan.

On Friday evening the Taoiseach told Virgin Media News that he wanted the country to exit level 5 restrictions on 1 December.

It is understood that senior government figures are meeting this weekend to discuss the timeline for any move to a lower level of restrictions.

An announcement is expected later this week.

popular
The 50 most iconic songs of all time* have been revealed
Seth Rogen has "no plans" to work with James Franco again after sexual misconduct allegations
WhatsApp to punish users unless they agree to new privacy changes in coming weeks
QUIZ: Can you get top marks in this quick general knowledge quiz?
Minister for Housing invested €30,000 into real estate investment fund
People think they've figured out the ranking of the viewers on your Instagram Stories
RSA confirm online theory tests to come into effect later this month
You may also like
1 month ago
A man in his 20s has died in a car accident in Dublin
4 months ago
Irish band's Christmas song picked out by Grammy-winning Adele producer
5 months ago
Gardaí in Sligo arrest teenager in connection with drugs' seizure worth €196,000
6 months ago
Aldi becomes first Irish supermarket to switch to 100% recycled material for own-label water bottles
7 months ago
Irish travel company chief fears for American tourism industry if Trump is re-elected
2 days ago
Digital Green Certificates could be implemented in Ireland by the end of June
Next Page