The driver of the offending vehicle failed to stop and fled the scene and has never been located.

Gardaí and the family of a 20-year-old man killed in a hit-and-run have renewed their appeal for information on the 10th anniversary of his death.

Today (26 June, 2021) marks the anniversary of Fintan Traynor's death, who was killed in a hit-and-run at Lemgare, Clontibret in Monaghan.

END_OF_DOCUMENT_TOKEN_TO_BE_REPLACED

Traynor was walking home after a night out in Castleblaney in the early hours of Sunday, 26 June, 2011 when he was struck by a car. The driver of the offending vehicle failed to stop and fled the scene.

Investigating Gardaí believe that an Audi A4 – 1996 to 2001 model – was involved in this collision. The front lower portion of the grille of such a vehicle was recovered by Gardaí at the scene of the crash.

Gardaí have said the investigation remains active and that in the past ten years, over 400 leads have been followed. However, the vehicle and driver have yet to be located.

Inspector Adrian Durcan of the Monaghan Garda District has appealed to the public to come forward if they have information.

Shooting stars set to light up Ireland's skies this weekend

END_OF_DOCUMENT_TOKEN_TO_BE_REPLACED

"With the passage of time, now perhaps someone may feel more comfortable coming forward with information in relation to this matter," said Durcan in a statement.

"Do you know someone who may have had damage to an Audi car around this period? Did someone confide in you?

"In 10 years, loyalties, friendships and relationships change and perhaps now you are in a position to provide the investigation team with the vital information that would locate the vehicle and driver.

"You can contact us in Monaghan Garda Station on 047 77200 or alternatively you can contact us anonymously by calling Crimestoppers 1800 25 00 25. This is a confidential service and does not require you to leave a name, number or any other details, just the information."

END_OF_DOCUMENT_TOKEN_TO_BE_REPLACED

A reward for information that leads to the recovery of the vehicle and identification of the driver is available through Crimestoppers.

"To the person who was involved in this incident, I have no doubt this is something that has weighed heavily on your mind for the past 10 years. I would encourage you to do the right thing and make contact with us in Monaghan Garda Station," Durcan added.

Traynor’s family are similarly appealing to members of the public who have information to make contact with Gardaí.

Bridie Traynor, Fintan Traynor’s mother, said, "On this the 10-year anniversary of the loss of Fintan, we as a family still have no answers.

"Although such a time has passed we still have an overwhelming sense of loss given we do not know what happened to Fintan on that fateful morning.

"We appeal to anyone with any information, no matter how insignificant it may seem, about someone or other people's behaviour around that time of June 26, 2011 to come forward and assist the Gardaí with their inquiries.

"Our lives were irrevocably changed that morning and although we know that we will never have Fintan back we as a grieving family deserve to understand what happened."

A photo of the grille recovered from the fatal hit and run can be seen below. 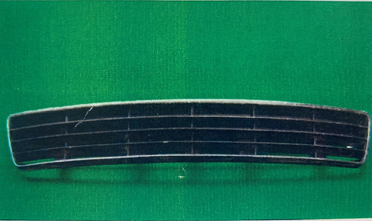 popular
Netflix has just added an incredibly tense 97-minute thriller
A great underseen action thriller is among the movies on TV tonight
The JOE Friday Pub Quiz: Week 307
An exciting Irish crime thriller is among the movies on TV tonight
Prime Video has just added 25 very big movies to its library
The 50 most iconic songs of all time* have been revealed
Thunderstorms and heavy rain to end Ireland's current heatwave
You may also like
18 hours ago
Major US healthcare company to create 1,000 jobs in two counties
1 day ago
Teenager airlifted to hospital after being seriously injured in Clare tractor crash
1 day ago
Irish people could be treated to spectacular sights in the sky over the next few nights
1 day ago
Puck Fair takes down goat from cage due to "unprecedented" hot weather
1 day ago
Man in his 70s dies in workplace accident in Roscommon
1 day ago
Four Irish food businesses were served with closure orders in July
Next Page