Gardaí are expected to fly to France to track down a new suspect in the Sophie Toscan du Plantier murder case.

Last month, Gardaí confirmed that the investigation into the murder of Sophie Toscan du Plantier is active and ongoing, with the Garda Serious Crime Review Team set to conduct a full review of the case, following a review by the Assistant Commissioner of the Organised and Serious Crime division. 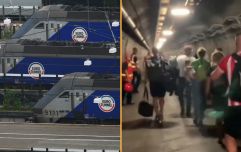 END_OF_DOCUMENT_TOKEN_TO_BE_REPLACED

According to The Irish Mirror, the new cold case review team has taken a statement made by former Schull shopkeeper Marie Farrell more seriously than they previously had.

In the statement, Farrell claimed Sophie had been followed around the village the day before she was killed.

A Garda source told the paper: “We are taking this new evidence very seriously.

“It is the first time we have another suspect in the case other than Ian Bailey and we want to find this person, interview them and get their DNA. 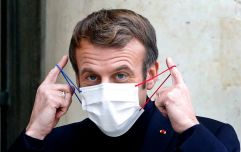 END_OF_DOCUMENT_TOKEN_TO_BE_REPLACED

“For all we know he could be the killer, we have to check it all out.”

The man is believed to have been identified as the suspect after Farrell assisted Gardaí with a photofit. The director of the Sky documentary, Murder At The Cottage, Jim Sheridan, also used his contacts in France to help identify him.

As it happens, the suspect is a known associate of Sophie’s late husband Daniel, who died in 2003.

The new suspect in the case is still living in Paris and Gardaí know his name and his place of residency, with the French authorities promising to cooperate with them fully. 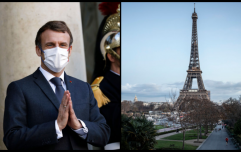 END_OF_DOCUMENT_TOKEN_TO_BE_REPLACED

Previously, the only suspect in the case has been former journalist Ian Bailey, who has continuously proclaimed his innocence since the 1996 murder occurred.

Bailey's lawyer Frank Buttimer has always maintained that Sophie's late husband had some type of involvement in her death, saying his behaviour was "very strange" around the time of her murder and it was odd that he never came to Cork to reclaim her body.

Retired Assistant Commissioner John O’Driscoll, who ordered the review of this case, said that the new suspect was one of the reasons the review has taken place to begin with.

Sophie was tragically killed outside her holiday home in West Cork on Christmas Eve in 1996. She was killed by blunt force trauma and the murder weapon was discovered to be a rock found outside her home.

popular
Dublin Bus and boat involved in city centre collision
County where winning Lotto jackpot ticket worth nearly €9 million was sold confirmed
Welder awarded €15,000 for unfair dismissal despite admitting to drinking alcohol before work
Netflix has just quietly added 30 big movies to its library
10 years ago today, the scariest movie ever made (according to science) was released
Here's the line-up for this week's episode of The Late Late Show
Netflix's new BIG scary show & 13 more new movies and shows to watch this weekend
You may also like
3 days ago
TV show puts people with unusual laughs together – and it's hilarious
11 months ago
France to ban plastic packaging for fruit and vegetables from January 2022
1 year ago
Marks & Spencer to pull 800 lines from Irish stores
1 year ago
France to outlaw shredding and gassing of male chicks by 2022
1 year ago
Irish woman tragically drowns in the south of France
1 year ago
“Hugely exciting” new ferry route from Rosslare to Dunkirk to begin in January
Next Page