Sort of a noble thing?

A 30-year-old woman, who is set to be a wealthy heiress when she inherit millions of euros, has already decided that she wants to get rid almost all of her wealth.

Marlene Engelhorn's learned from an accountant, in 2020, that she would inherit many millions of euros following the death of her grandmother, who passed away last month. 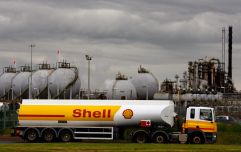 END_OF_DOCUMENT_TOKEN_TO_BE_REPLACED

Englehorn's family have amassed a multibillion-dollar fortune, which began with Friedrich Engelhorn. He founded BASF, one of the world’s largest chemical companies, about 150 years ago in Germany.

Instead of celebrating Englehorn decided she would give away 90% of her riches and has instead has been campaigning for tax policies that would better redistribute her wealth.

Speaking to The New York Times, she commented: "The dream scenario is I get taxed." 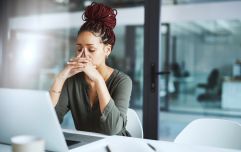 END_OF_DOCUMENT_TOKEN_TO_BE_REPLACED

Rather than donating through philanthropy, which Engelhorn believes replicates power dynamics that have created systemic inequalities in the first place, she has co-founded a group called Tax Me Now and is part of a movement of millionaires who are urging governments to take more of their money

"There’s no need for another foundation,” she explained. "What’s really needed is structural change.”

Engelhorn's goal through Tax Me Now is to implement or increase inheritance and wealth taxes, as she believes it's not just wealth that's being handed down, but also power.

Marlene Engelhorn received an award for her activism following the event (Picture: YouTube) 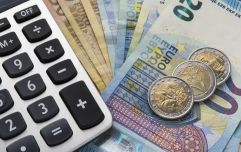 END_OF_DOCUMENT_TOKEN_TO_BE_REPLACED

The 30-year-old hopes that giving away 90% of her inheritance would mean it will go to the state in the form of tax.

"A government who won’t use wealth taxes won’t get a gift, just like that,” she explained.

Engelhorn voiced her opinions in a speech at a Millionaires for Humanity event which took place in Amsterdam, in August, when she described herself as 'the product of an unequal society', adding:

"Because otherwise, I couldn’t be born into multimillions. Just born. Nothing else.”

She received an award for her activism following the event, but stressed she is "not even an expert on the matter", and instead is "really just rich".

Members of Engelhorn's family have themselves donated funds to good causes, but the 30-year-old believes the rich shouldn't be the ones to decide which endeavours receive support.

popular
Netflix has just added 12 very big movies to their library
5 years ago, Hollywood took a massive gamble on a huge sequel... and lost big time
One of the most underrated crime thrillers of recent years is among the movies on TV tonight
Netflix backtracks on anti-password sharing measures following user outcry
Tom Hardy set to play Hannibal Lecter-type serial killer in new series
The 50 most iconic songs of all time* have been revealed
Netflix has just added one of the best sci-fi movies of recent years
You may also like
3 weeks ago
Experts reveal why 'masturbation breaks' can boost productivity at work
3 weeks ago
Man gets immediately rejected for job after interviewer poses as receptionist
4 weeks ago
Boss uses coffee test in every interview and won't employ those who fail
6 months ago
Microsoft could be sizing up to buy Netflix, claims analyst
1 year ago
Penneys to create 700 jobs over new investment and store
1 year ago
Portugal has made it illegal for your boss to text you after work hours
Next Page