New figures from Real Estate Alliance shows the average price of a house is surging by €2000 a month.

The average three-bed semi-detached house nationally has risen by 3.1% to €221,843 since June, the Q3 REA Average House Price Survey has found.

Overall, the average house price across the country has risen by 11.2% over the past 12 months – just under twice the 6% increase registered for the full year to September 2016.

END_OF_DOCUMENT_TOKEN_TO_BE_REPLACED

The average three-bed semi-detached home in Dublin city’s postcode districts has jumped in value by €17,000 in the three months to the end of September, and now costs an average of €431,500.

“Supply is the main driver of these continuing price rises with our agents reporting that the volume of listings is down around the country,” said REA spokesperson Healy Hynes.

“Looking at the supply figures, it could be 2020 before we see any normalisation in the marketplace.

“Our agents are reporting that where there are new builds coming on stream, the market is extremely active and the first-time buyer is opting to pay a premium of 15-20% higher than the second-hand rate.

“This is having a knock-on effect into the second-hand market with a more discerning buyer now concentrating heavily on energy ratings," he concluded.

However, once again the influence of house pricing relative to the deposit threshold is illustrated in a 4.7% rise in Meath where the average is €234,375 almost twice the percentage increase registered in Kildare (1.8%) and Wicklow (2.4%) where average house prices are above the €260,000 mark. 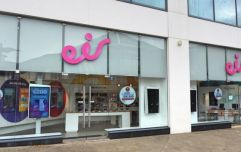 END_OF_DOCUMENT_TOKEN_TO_BE_REPLACED

Longford, Leitrim (€97,000) and Donegal (€93,750) are the only three counties where properties can be still be purchased for a five-figure sum. 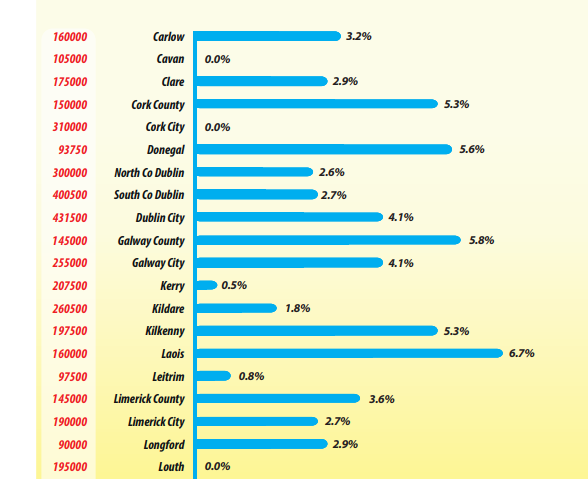 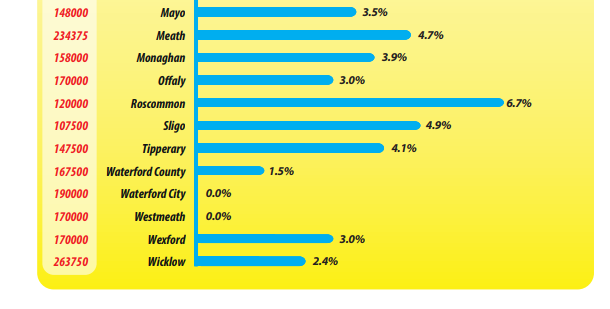