Images of device intended to kill police in Armagh released

A device intended to murder police was left close to a public bus stop.

On Saturday, the PSNI had confirmed that a viable device was discovered in Craigavon in Armagh.

Police were called to the Tullygally Road at around midnight after reports of a loud bang.

END_OF_DOCUMENT_TOKEN_TO_BE_REPLACED

A short time later a Belfast based newspaper reported receiving a call claiming a mortar had been fired at police in the same area.

Detective Superintendent Richard Campbell believes that both the loud bang and phone call were meant to lure police officers and first responders into the area.

Since then, images have been released of the device intended to kill police in Armagh by the PSNI: 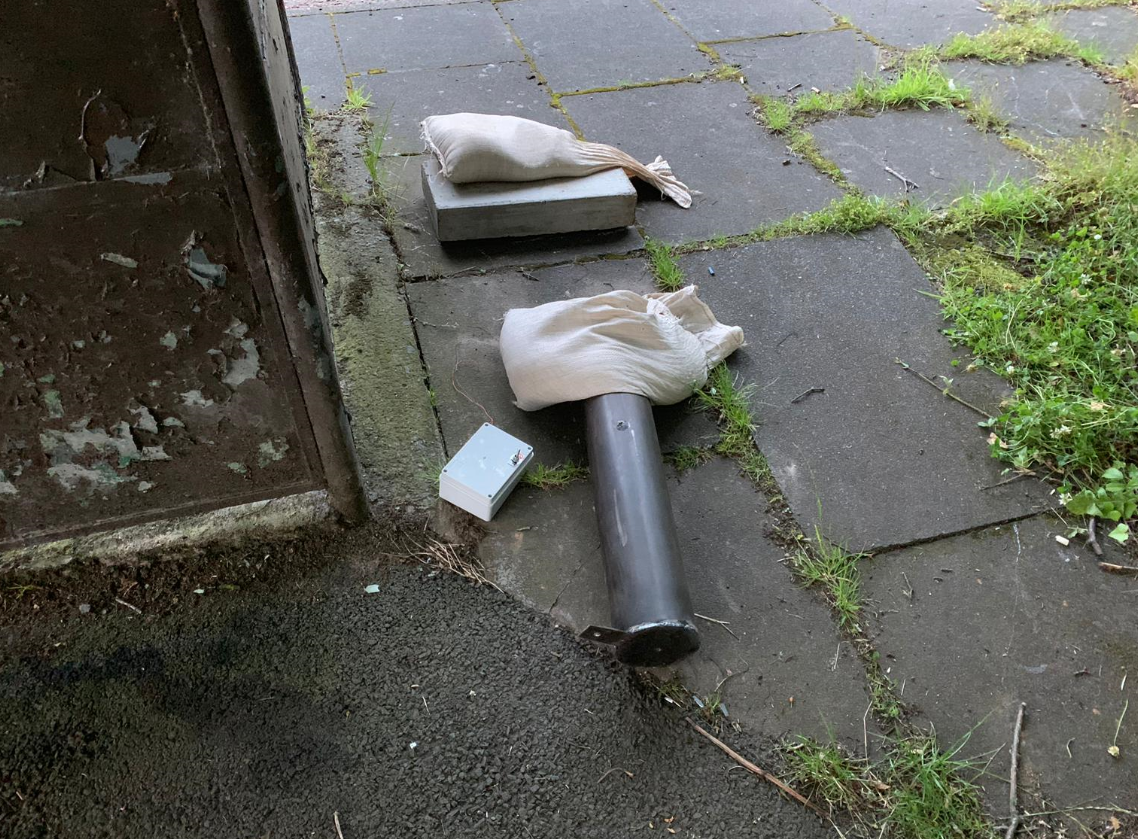 Detective Superintendent Campbell issued a statement about the attack on Sunday afternoon:

"Although the explosive was designed and set up to look like a fired mortar, it was in fact a booby-trap device. In other words it was designed to explode if moved or touched.

"Had it detonated, as those responsible for placing it had intended, the result would undoubtedly have been catastrophic for anyone in the immediate vicinity. On Friday night this included people out socialising, teenagers and residents attempting to simply go about their daily lives.

END_OF_DOCUMENT_TOKEN_TO_BE_REPLACED

"This attack was indiscriminate. Whilst there is no doubt in my mind that first responders were the target, the reality is that anyone could have been caught up in the carnage. We are extremely fortunate that the swift actions of those officers who were first on scene meant that there was not serious injury or death."

popular
Gardaí investigating after man robs hotel at knife point in Kerry
The JOE Friday Pub Quiz: Week 265
QUIZ: Can you master this General Knowledge Quiz?
Investigation launched after window smashed at Canada Goose store in Dublin
QUIZ: Get your quiz on with this General Knowledge Quiz
The JOE Movie Quiz: Week 124
The JOE Music Quiz: Week 77
You may also like
1 day ago
Fatal stabbing of David Amess declared a terrorist incident by police
1 day ago
Man in his 20s seriously injured after shooting in Cork
1 day ago
Man in his 40s dies following jeep crash in Clare
1 day ago
UK Conservative MP David Amess dies after being stabbed multiple times
2 days ago
Woman (40s) in critical condition following two-car collision in Kilkenny
2 days ago
Norway bow-and-arrow attacker handed over to health services
Next Page