Based on the research, it would take 11 years with an average salary in Ireland to buy a home - if none of your wages were spent elsewhere.

A surprising new study has ranked Ireland as the 11th most affordable country in the world to buy a home in.

From British-based building supplier Roofing Megastore, the study reveals the most and least affordable countries to buy a home in if you are earning the average salary in that country.

END_OF_DOCUMENT_TOKEN_TO_BE_REPLACED

To develop the ranking, researchers calculated the average cost of one square metre (sqm) of real estate in 109 countries around the world, with the cost then multiplied by 100 to show how much a 100 sqm home would cost on average.

In terms of affordability, average earnings after tax were also factored in to show the annual salary as a percentage of the cost of a 100sqm home.

According to the study, this means it would take 11 years with an average annual salary and spending nothing of it to be able to buy a 100sqm home in Ireland. 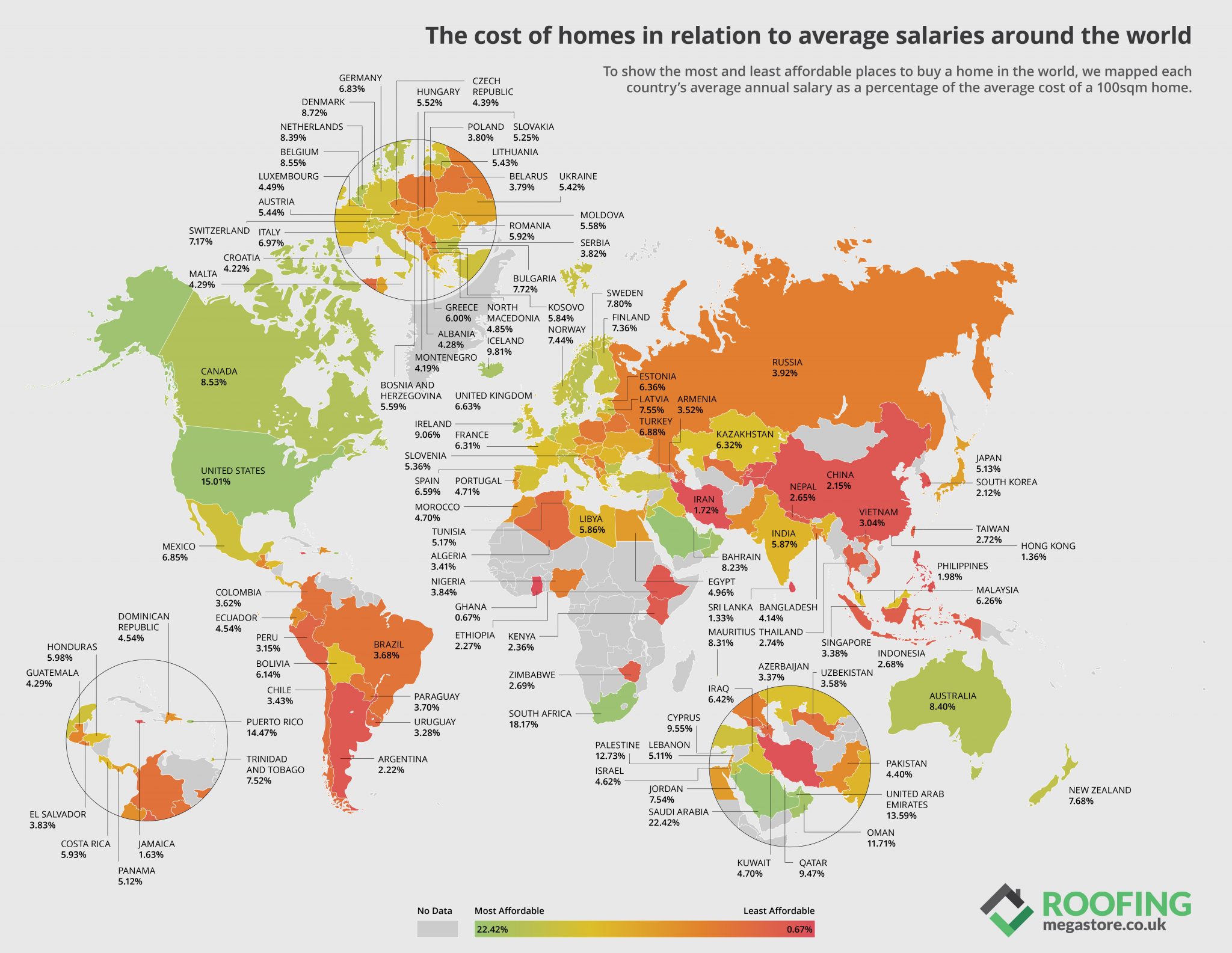 Rounding out the top five was South Africa, the United States, Puerto Rico and the United Arab Emirates.

END_OF_DOCUMENT_TOKEN_TO_BE_REPLACED

At the other end of the scale, the number one least affordable place to buy a home was Ghana, with average property prices standing at just over €440,430.99, but the average annual salary only being around €2,950.24.

This means it would take 149 years to save up enough to buy a home if none of the wages were ever spent.

Also in the bottom five was Sri Lanka, Hong Kong, Jamaica and Iran.

You can view the full research on Roofing Megastore's website.