Ireland on course to experience its hottest day since records began

Ireland's current record temperature of 33.3 degrees could be broken early next week.

A new record for the hottest day ever experienced in Ireland could be set as temperatures soar this weekend and into early next week.

Speaking to JOE, Met Éireann meteorologist Aoife Kealy said that next Monday (18 July) is set to be the hottest day of not only the current warm spell but also this year so far.

END_OF_DOCUMENT_TOKEN_TO_BE_REPLACED

Not only that, it might end up breaking the record for the hottest day in the country since records began, a record previously set way back in June 1887, when a temperature of 33.3 degrees was recorded in Kilkenny.

Kealy said that temperatures on Friday (15 July) will likely be "closer to normal" than they will be over the next few days as temperatures build throughout the weekend.

"By tomorrow (Saturday), we'll see the temperatures climbing up into the low 20s, the mid 20s pretty much across the board," Kealy explained.

"Then Sunday, it will be even hotter again - temperatures reaching the high 20s in a lot of spots." 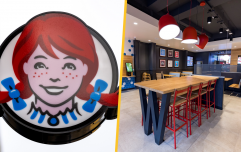 END_OF_DOCUMENT_TOKEN_TO_BE_REPLACED

This is before temperatures are set to hit about 26 to 29 degrees on Monday, but could possibly inch above 30 degrees and higher in some areas.

"The highest temperature we've ever recorded in Ireland was that 33.3 degrees in Kilkenny Castle in 1887 so a long while ago," Kealy told JOE.

"But at the moment, with temperatures set to exceed 30 degrees, it is possible that in some localised spots - now while it mightn't be widespread record-breaking temperatures - the possibility is for that temperature to be exceeded.

END_OF_DOCUMENT_TOKEN_TO_BE_REPLACED

"Most places will be kind of somewhere around the high 20s or low 30s anyway on Monday."

While Tuesday will also be hot, Kealy said the weather will take a turn then with some heavy showers coming up from the south.

"Then we'll see temperatures fall back closer to normal from Wednesday onwards," she added.

In terms of safety advice for during the heatwave, Kealy advised people to stay hydrated, wear sunscreen and to "try to avoid the midday sun".

"I know a lot of people have been, I suppose, waiting for a bit of what they might consider summery weather," she explained.

"But I think it's important to remember that heat can be incredibly dangerous and especially this kind of extreme heat."

Valid from 6am on Sunday to 9pm on Tuesday, the alert reads: "On Sunday, Monday and Tuesday exceptionally warm weather will occur over Ireland with daytime temperatures of 25 to 30 degrees generally and possibly up to 32 degrees in places on Monday.

"Nighttime temperatures will range from 15 to 20 degrees."

Met Éireann added that the impact of these high temperatures could include the following:

For information on how to be best prepared for the hot weather, visit the Be Summer Ready section on the Government's website here.

popular
Very popular US fast food chain planning to open in Ireland
20 years ago, one of the best sci-fi movies of the 21st century was a box-office bomb
Katherine Ryan says famous TV star is a ‘predator’ and everyone in industry knows
Boy seriously injured after alleged dog attack in Wexford
QUIZ: JOE's Big News Of The Day Quiz #19
The JOE Friday Pub Quiz: Week 322
QUIZ: Only the sharpest will get 100% in this General Knowledge test
You may also like
21 hours ago
Staff threatened with screwdrivers during armed pharmacy robbery in Dublin
2 days ago
Three counties hit with weather warning for this weekend over "very strong" winds
2 days ago
"Enhanced x-ray technology" being trialled at Dublin Airport could lead to removal of 100ml liquid rule
3 days ago
"Don't know what you're talking about" – Leo Varadkar blasted for 'grass looks greener' emigration comments
3 days ago
Irish suburb crowned Europe's 'Great Town' of 2022
4 days ago
Family of Irish solicitor and TikTok star Richard Grogan thanks fans for support
Next Page