This Irish fan's open letter to J.K. Rowling on the 20 year anniversary of Harry Potter is absolutely perfect

On 26 June 1997, the first Harry Potter book was released, and a cultural phenomenon was born.

Now, on the 20 year anniversary, the fan-base for Joanne Kathleen Rowling's creation is still as fervent as ever, with the seven books, eight movies, the prequels, the plays, the tours... the list goes on and on.

Harry Potter continues to very much be a part of the world we live in today. 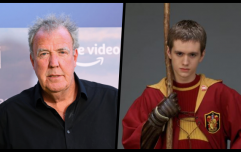 END_OF_DOCUMENT_TOKEN_TO_BE_REPLACED

To celebrate the anniversary, we tried our wand at a favourite spell of Dumbledore's - Homenum Revelio - to see if we could reveal the biggest Harry Potter fan in Ireland (if not the world), and asked, "what would you say to J.K. Rowling, if you could?"

So here it is, an open letter to the creator of Harry Potter, from one of its biggest admirers....

At the age of twelve, I remember starting secondary school. It's a terrifying and exciting time, as you are leaving behind the comfort of eight years of friendship and familiarity to head into the unknown. 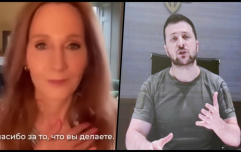 END_OF_DOCUMENT_TOKEN_TO_BE_REPLACED

The same year I began my journey into that unknown, a really close friend of mine was starting his.

His name was Harry Potter.

My mother, who is also my best friend, always encouraged me to read and bought me many different books over the years, but none of them were like this. I remember reading The Philosopher's Stone for the very first time and falling in love with a world of magic, friendship and challenges.

As Harry roamed the halls of Hogwarts, finding his way in this new life and adapting to his new magical lessons and terrifying professors, I too tried to balance nine new subjects, nine new teachers, and over 100 new students. 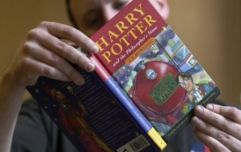 END_OF_DOCUMENT_TOKEN_TO_BE_REPLACED

Even my new maths teacher made Professor Snape look like a lovable Pygmy Puff.

As each year became more challenging and exciting, so did each instalment of Harry's journey. I may have encountered my own version of a Basilisk or Dementor along the way, but I had my family, friends and my escape into the magical world of Harry Potter to get me through.

Even in my last year of school, at the age of 17, I remember skipping classes with a friend to head to the cinema to see my favourite character come to life on the big screen. We were not the only ones skipping that day and arrived at a completely sold out screening, filled with excited children, teenagers and adults... and magic, of course.

Fast forward a few years, I am 22 years old and working in a cinema, making friends and meeting people who are just as in love with that world of magic as I am.

I'm working on the late shift and I am almost literally buzzing because I know me and my good friend who also works there are trying to get everything finished before midnight, just so we can run to the nearest book store to queue for the last chapter of the greatest story ever to be told.

Our excitement and child-like wonder and giddiness have convinced our manager to let us leave, even if it is just for her own peace and quiet for the rest of the night. We run like two crazy kids to join what is to be the biggest gathering of similar souls I've ever seen. We are of all ages, shape and size, but with a common goal... wanting to know where Harry's story end.

Two hours later we arrive back to the cinema to gather our belongings and head home. Our red-faced manager meets us as she has had to postpone locking up the building, waiting over an hour for us to get back.

But who could stay mad at our little faces! All giddy with excitement of diving head-first into the new book, and with a cheeky grin from our manager, we know we are in the clear.

I am now 32 years old and a mother of two little girls.

I have a fiance, a mortgage, a full time job and soooo many bills to pay.

I look back on the last 20 years of my life and at all the changes and challenges along the way. One thing remains the same though – every time I pick up The Philosopher's Stone, I am that twelve year old all over again. I'm brought back to that same feeling of magic, wonder and excitement. I'm lost in a world of wizards and spells, house elves and dragons, adventure and intrigue, love and loss.

It may be 20 years later, but for me the adventure has begun again, this time through the eyes of my daughters.

They're setting off on their own journey of magic and falling in love with a little boy named Harry.

Not only for giving me a world to escape to, but also for giving that world to my children. You have given me a gift I can never return, but I just have to say thank you.

The world is a more beautiful place with your story of courage and love.

So here's to The Boy Who Lived and to his creator, 'The Mother Of Magic'.

popular
Nicola Bulley's phone found by the river 'could be a decoy', diving expert suggests
Teenager killed in shark attack after swimming with dolphins in Australia
Amazon Prime Video has just added 21 big movies to its library
The Last Of Us Episode Five will premiere days earlier in Ireland and UK
One of the best crime thrillers ever is among the movies on TV tonight
5 years ago, Hollywood took a massive gamble on a huge sequel... and lost big time
Shock as blues singer beats Adele, Beyonce and Taylor Swift to win Song of the Year Grammy
You may also like
6 days ago
Harry Potter star Rupert Grint explains why he didn’t go to Robbie Coltrane’s funeral
4 weeks ago
Harry Potter fans confused after 'new' Goblet Of Fire scene suddenly appears during TV screening
1 month ago
Alan Rickman had a very specific Emma Watson criticism in his diary entries
2 months ago
Harry Potter star Leslie Phillips dies aged 98
3 months ago
Harry Potter star Robbie Coltrane, 72, cause of death confirmed
3 months ago
Touching footage of Robbie Coltrane discussing the Harry Potter series goes viral
Next Page