Know anyone who could be affected?

A significant number of Irish newlyweds are failing to claim a potentially lucrative tax benefit when they get married.

This is according to tax refund specialists Taxback.com, who said that the ‘year of marriage’ tax credit could be worth thousands of euro to many newlyweds, depending on the joint earnings of the couple. 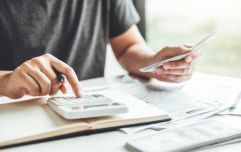 END_OF_DOCUMENT_TOKEN_TO_BE_REPLACED

Taxback.com claim to have seen a number of cases where couples who have been married within the last four years had not alerted Revenue to the change in their marital status and are thus missing out on some handy cash back.

So if you're in that four-year period, and are yet to alert Revenue, you could be in luck.

"Thousands of couples throughout the country are gearing up for the big day and most will not be considering the tax implications of it. But what we are finding is that some couples never fully get to grips with the tax ramifications of their union – even years after the nuptials have taken place.

"We are not just calling on nearly or newly married couples – we have seen numerous cases where couples who have been married within the last four years, still had not alerted Revenue to the change in their marital status in their year of marriage and so never received their ‘year of marriage’ relief.

"The good news for these people is that because they are still within the four-year time frame for a refund, they can apply to check whether or not they are entitled to one."

Wealth of Irish billionaires increased by €3.3bn during Covid-19 pandemic

END_OF_DOCUMENT_TOKEN_TO_BE_REPLACED

She continued: "For couples, particularly those who marry in the latter to end part of the tax year, the refund could be particularly lucrative.

More information on taxation after marriage or registration of civil partnership is available on the Revenue website here.

popular
Met Éireann issues Status Yellow thunderstorm warning for 12 counties and 2 provinces
Meet the Irish man who’s selling all of his stuff and going to live in a tiny house on wheels
The JOE Movie Quiz: Week 102
QUIZ: Is your General Knowledge up to scratch?
The JOE Music Quiz: Week 57
QUIZ: How many of these characters from The Simpsons can you name?
The JOE Friday Pub Quiz: Week 243
You may also like
2 months ago
Need some easy-to-follow advice on how to manage your money? Just askpaul
3 months ago
Irish workers urged to check if they are entitled to tax rebates now a New Year has arrived
4 months ago
Revolut offers advice on how to prevent scams, as people losing money to scammers "is on the increase"
4 months ago
Thousands of PUP and TWSS recipients will receive a tax bill from Revenue this week
4 months ago
Number of recipients of Pandemic Unemployment Payment jumps by nearly 58,000 since Christmas
4 months ago
For the price of a cup of coffee, Revolut are making your life a LOT easier
Next Page