The Dead Rabbit Grocery and Grog on Water St, Manhattan, has been named the world's best bar on The World's 50 Best Bars' list, produced by Drinks International.

Drinks International credit the bar with an "unwavering pursuit of drinking perfection." According to the list, the bar's "perfectionism is illustrated in their menu of 72 historically accurate cocktails."

Raise a glass, #Belfast. This one is for you.

In a report on the bar's achievement, Bloomberg was equally effusive in its praise of Muldoon and McGarry, the world's youngest winner of the the Bartender of the Year award.

Troy Patterson writes: "To shuffle across the sawdust of the Rabbit’s unpretentious downstairs taproom—or to sip cocktails in its deliciously pretentious upstairs parlour—is to refresh one’s understanding of hospitality." 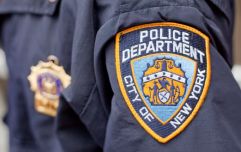 END_OF_DOCUMENT_TOKEN_TO_BE_REPLACED

The stated aim of the, which is owned by two Belfast men Jack McGarry and Sean Muldoon, is to bring the Irish pub into the 21st century.

Dead Rabbit has previously won many accolades including Tales of the Cocktail Spirited Award: World’s Best Bar 2015, and the best bar in North America from Drinks International in both 2013 and 2014.

This place sounds like its worth a trip to the Big Apple in itself.


popular
Met Éireann issues status yellow rainfall warning for nine counties
Motorist in Kildare caught driving with tax 13 years out of date
An Post announces increase in the price of stamps from next month
QUIZ: How well do you know Will Smith's movie career?
Social Democrats accuse Fine Gael of "shadow boxing" and "theatrics" after cancelling proposed meeting
Met Éireann says to expect thunder, hail showers and potentially snow in parts today
BBC will show an 'immensely powerful' documentary about The Troubles tonight
You may also like
3 months ago
The stairs from Joker have become a tourist attraction
3 months ago
The longest non-stop passenger flight has landed in Sydney
8 months ago
One fatality reported as helicopter crashes into New York skyscraper
8 months ago
Irish man killed by alleged drunk driver in New York
10 months ago
"Druids danced in the streets" when abortion was legalised in Ireland, says New York priest
11 months ago
32 injured as severe turbulence tosses passengers on flight to New York
Next Page