The Sligo native suffered a fatal head injury when he was working on a telecommunications broadband installation.

An Irishman by the name of Paul Walsh, a native of Tubbercurry, Co Sligo, has sadly died after suffering a fatal head injury while working on a telecommunications broadband installation project at Katoomba, Australia.

Paramedics and police rushed to the scene after the "industrial accident" occurred but they were unable to save his life. 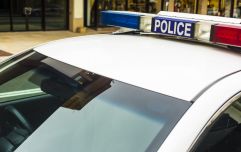 END_OF_DOCUMENT_TOKEN_TO_BE_REPLACED

Bill Morrow, chief executive of National Broadband Network, said "This is tragic news and we are doing all that we can to assist. The thoughts of everyone at NBN are with the family, friends and colleagues of the deceased at this very sad time."

"On Friday morning the club was deeply saddened to learn of the untimely passing of Paul Walsh, Rhue, in Sydney, Australia. Paul was a valued member and player with our club, playing at corner back before emigrating to Australia. The club would like to offer sincere condolences to his mother Elizabeth, brother John and all of the extended Walsh and Gilmartin families, neighbours and friends. Ar dheis Dé go raibh said. As a mark of respect, many club fixtures were postponed this weekend".

The club will be honouring his memory with a minute's silence later this evening. RIP.

There will be a minute silence before tonight's Minor Boys V @BallymoteGAA match in memory of clubman, Paul Walsh RIP. @sligogaa

The Big Reviewski || JOE · The Big Reviewski with Y: The Last Man, that Malignant ending & a secret streaming service
popular
Aer Lingus announces flight sale as US to lift travel ban for vaccinated EU passengers
Cork City Centre described as a "no go area" after man pulled from wheelchair in violent attack
The Big Reviewski JOE Movie Quiz: Week 120
Green Party Councillor calls for smoking ban in outdoor dining areas
The weather for the week ahead looks very autumnal indeed
"Vile" and "homophobic" protest outside Leo Varadkar's home condemned by TDs
The 50 most iconic songs of all time* have been revealed
You may also like
3 months ago
US and Australia use 'crime app' to arrest hundreds across 18 different countries
4 months ago
Australian woman stuck with Irish accent after tonsil surgery
5 months ago
Quarantine-free travel between New Zealand and Australia to begin this month
6 months ago
Australian Embassy in Ireland make history by flying Aboriginal flag
6 months ago
Australian teenager dies after being stung by box jellyfish
8 months ago
Australia to kill US pigeon who survived 8,000-mile trip across Pacific
Next Page