The news emerged on Wednesday night.

Wealthy financier Jeffrey Epstein has been taken to hospital after he was found semi-conscious in his prison cell, according to media reports from a number of US publications.

The 66-year-old, who is awaiting trial on sex trafficking charges, was reportedly found on the floor of a prison cell with injuries to his neck on Wednesday, according to NBC News.

It was not clear how he suffered his injuries.

The billionaire was quickly taken to hospital, the New York Post reported, but it was unclear where he was taken or what exactly his condition was.

Epstein was arrested on 6 July and charged with sex trafficking and conspiracy to traffic minors for sex. 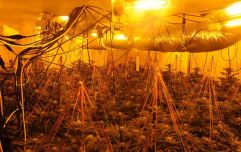 END_OF_DOCUMENT_TOKEN_TO_BE_REPLACED

Prosecutors allege that he brought as many as 40 girls under 18 to his mansion for the purposes of sex.

Epstein, famously friends with the likes of Bill Clinton and Donald Trump among many other notable names, is now awaiting trial on these charges, and has been denied bail.

It was recently announced that a Surviving Jeffrey Epstein documentary would be made, following the series Surviving R. Kelly, which dealt with years of accusations of sexual abuse against R&B star.