The speaker cited a convention from 1604 in denying May a fresh push to get her deal through.

UK Prime minister Theresa May was told on Monday that she cannot bring her Brexit withdrawal agreement back to the House of Commons for a third vote.

House speaker John Bercow quoted a convention from parliament's rulebook, Erskine May, which stipulates that a government cannot continually bring back the same piece of legislation for multiple votes.

END_OF_DOCUMENT_TOKEN_TO_BE_REPLACED

May has already lost two meaningful votes on her deal with the European Union, first by the historic margin of 202 votes and, on Tuesday, by a mere 149.

She spent Monday morning in discussions with the Democratic Unionist Party about how they might back the plan while Tory Brexiteer MPs considered their next move.

The only way Bercow will allow the prime minister to return with her withdrawal agreement is if there is substantial change to it, regardless of its chances of being passed.

LIVE: John Bercow makes a statement in the House of Commons. Will he rule out meaningful vote 3? https://t.co/o6pqhG6K3K

The speaker pointed out that the precedent had been put into action 12 times before 1920, noting that it had not been required since then as governments had not breached it. 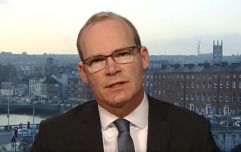 END_OF_DOCUMENT_TOKEN_TO_BE_REPLACED

That instructed May to seek a delay to the initial March 29 deadline, which requires all member states to agree on a fresh exit date.

Bercow had been criticised leading up to last week's votes for blocking an amendment that ruled out a second referendum on Brexit, having allowed MPs to vote on whether or not to hold one.

popular
Reopening of restaurants and gastropubs, travel between counties set to be approved by government
REVEALED: The winners of all 28 categories in the 2020 Just Eat National Takeaway Awards
Publicans say government “can’t hide behind NPHET” over decision to keep wet pubs closed
QUIZ: Can you answer all the £1 million questions from Who Wants to be a Millionaire?
COMPETITION: Win €745 worth of top quality gym equipment from McSport to celebrate their Black Friday sale
QUIZ: How will you fare in our ‘Not as it seems’ quiz?
Wild Mountain Thyme director defends movie's accents and says Irish accents are too difficult to understand
You may also like
1 week ago
QUIZ: Can you name all the European Union countries that use the euro?
1 month ago
EU launches legal action against the United Kingdom over Brexit bill
2 months ago
Brexit: Lorries will need permit to enter Kent from January
2 months ago
Ursula von der Leyen backs Ireland, says EU will "never backtrack" on Brexit deal
2 months ago
Ed Miliband tears into Boris Johnson over Northern Ireland and Brexit
2 months ago
Conservative MP says deal leaving EU is “like a country becoming independent from an empire”
Next Page