Heard was awarded $2 million in her countersuit against Depp.

Johnny Depp is now reportedly coming for Amber Heard's only counterclaim win, five months after his highly-publicised defamation case in June. The Aquaman star was awarded $2 million in her countersuit against her ex-husband.

Depp got $10 million in compensatory damages and $5 million in punitive damages, but the latter amount was was later reduced to $350,000 in keeping with Virginia law. The Pirates of the Caribbean actor sued Heard over a Washington Post op-ed she wrote in 2018 which he believed implied he was an abuser. 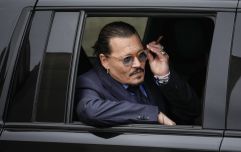 END_OF_DOCUMENT_TOKEN_TO_BE_REPLACED

Heard was often routinely ridiculed in media coverage and on social media during proceedings, with hashtags like #AmberHeardIsAnAbuser and #AmberHeardIsALiar trending, and a study after the trial concluded the abuse was "one of the worst cases of cyberbullying and cyberstalking by a group of Twitter accounts" ever.

Despite reports, from the outset, that Heard could not afford to pay Depp's damages, he now wants to reverse the single victory she had during the six-week trial in Fairfax County, Virginia.

Depp's lawyers filed new documents to the Virginia Court of Appeals on Wednesday, arguing that the verdict was "erroneous" and should be overturned.

The documents were published online and said that despite the "emphatic favourable verdict" for Depp, "the trial court was confronted with a number of novel and complex legal and factual issues". 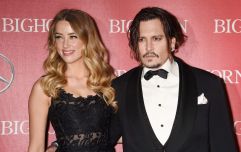 END_OF_DOCUMENT_TOKEN_TO_BE_REPLACED

Depp's team, led by lawyer Benjamin Chew, added that "although the trial court decided the vast majority of those issues sensibly and correctly" a few of the decisions made were "erroneous".

The documents say Depp should not have to pay up for comments made by his attorney which led to Heard's successful counterclaim. 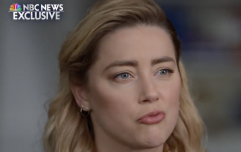 END_OF_DOCUMENT_TOKEN_TO_BE_REPLACED

The statement that Heard won was made by Depp's then-lawyer Adam Waldman to the Daily Mail, which was published in April 2020.

Waldman claimed Heard and her friends set up Depp by calling the police with "hoax" abuse claims in 2016.

The June 2022 jury found that Waldman was acting as an agent for Depp when making the comment.

Despite that finding, legal filings claim that: "Ms Heard presented no evidence at trial that Mr Depp was personally involved in directing or making any of the three Waldman Statements."

Depp's lawyers then called on the court to "reverse the judgment" on Heard's counterclaim.

popular
Katherine Ryan says famous TV star is a ‘predator’ and everyone in industry knows
Staff threatened with screwdrivers during armed pharmacy robbery in Dublin
20 years ago, one of the best sci-fi movies of the 21st century was a box-office bomb
The JOE Movie Quiz: Week 181
The JOE Friday Pub Quiz: Week 322
Man fired for not being "fun" at work wins legal battle, nobody has to be fun now
I'm A Celeb public outcry after Matt Hancock makes it into the final
You may also like
3 days ago
Johnny Depp rumoured for return to Pirates of the Caribbean franchise as Jack Sparrow
3 weeks ago
Amber Heard deletes Twitter account after Elon Musk takes over
1 month ago
Johnny Depp/Amber Heard trial movie unveils first trailer and it's not good
2 months ago
New Johnny Depp vs Amber Heard documentary has intimate access to behind the scenes footage
5 months ago
Johnny Depp case: Man who went viral on TikTok claiming to be a juror admits it was a 'prank'
5 months ago
Johnny Depp's lawyer Camille Vasquez promoted after performance in Heard trial
Next Page