This is the second apology issued by Josepha Madigan in the past seven days.

Josepha Madigan has apologised for comparing the abandoning of plans to reopen schools for children with special educational needs amid the Covid-19 pandemic to the institutional abuse suffered by those living in Ireland's Mother and Baby Homes.

Speaking to Claire Byrne on RTÉ radio on Wednesday morning, the Minister of State with responsibility for Special Education said: “We’ve spent the last week talking about Mother and Baby Homes where our most vulnerable were left to their own devices in less than satisfactory conditions. 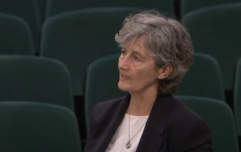 END_OF_DOCUMENT_TOKEN_TO_BE_REPLACED

"We’re now allowing further anxiety and upset to be placed on the shoulders of parents whose children desperately need to go back to school."

She has since released an apology, saying: "This morning, I made comments on how important it is that our children with special educational needs return to in-person learning. As part of these comments, I reflected on how vulnerable people have been entirely let down in the past, and I made reference to Mother and Baby Homes.

"I in no way intended offence toward anyone who works with children with special educational needs. I am, as are all involved in supporting these children, passionate about vindicating their rights and in reaching for an analogy, I chose poorly.

Madigan's apology comes less than a week after she apologised for her comments describing children who do not have additional education needs as "normal".

House of Rugby Ireland · Ireland's feel-good win, Casey's initiation song, scrapping Sexton and Scott Williams interview
popular
Varadkar felt "very bad" for missing Irish reopening dates
Eoghan McDermott to leave RTÉ after six years (Report)
QUIZ: Can you answer all the £1 million questions from Who Wants to be a Millionaire?
Impact of vaccination on healthcare workers "phenomenal"
Someone in Ireland is €500,000 richer following Tuesday's EuroMillions draw
BBC reveals Season 6 of Line of Duty is coming later this month
Sony are giving away a free game to all PS4 and PS5 owners
You may also like
1 month ago
Church and State "bear heavy responsibility" over Mother and Baby Homes, says President
1 month ago
Taoiseach apologises on behalf of "the Government, the State and its citizens" to victims of Mother and Baby Homes
1 month ago
Taoiseach will give State apology to mother and baby homes survivors
4 months ago
President Higgins signs Mother and Baby Homes Bill into law
1 day ago
Man in his 20s arrested for theft of €1.1 million from Dublin-based company
1 day ago
New survey shows only 34% will return to office full time after Covid-19
Next Page