Leo Varadkar has a very clear vision for a United Ireland

"A country in which nobody feels they've been left out..."

An Taoiseach Leo Varadkar is our guest on Ireland Unfiltered this week.

Speaking with host Dion Fanning on a number of issues including Brexit, the housing crisis, and his reasons for wearing the shamrock poppy, Varadkar, when asked "what would a United Ireland look like to you", replied:

"I think, at the outset, a United Ireland worth having, is one whereby people are united, whereby everyone in the country would feel they're part of the country, a country in which nobody feels they've been left out and that's one thing I would always think when people talk about United Ireland in the traditional sense, bringing Northern Ireland and Republic of Ireland together into a 32 county state.

"That's why, notwithstanding the difficulties in the last year or two with Brexit, I always try to be very sensitive to that fact, that there is a different tradition on our island, a different nationality, people who feel themselves to be British, and they are British and we need to respect that, and I don't think if we ever had a United Ireland into the future that it could be just a bit like East Germany and West Germany - the Republic taking over the north." 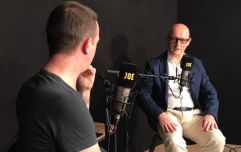 END_OF_DOCUMENT_TOKEN_TO_BE_REPLACED

Pressed on whether a United Ireland would require more than just a population shift in the north, Varadkar continued:

"I wouldn't like it to come about that way, if it ever does come about.

"I'd like it to come about in such a way  that you'd have a strong - as much as possible anyway - cross-community support for it. The Good Friday Agreement was adopted by 97% of people, I think, voting here south of the border for it, 71% in Northern Ireland. That's a really strong mandate for a constitutional settlement and it's one that I think we should try to make work." 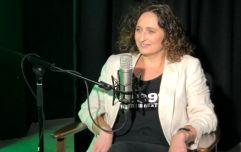 END_OF_DOCUMENT_TOKEN_TO_BE_REPLACED

You can listen to the third episode of Ireland Unfiltered in its entirety by simply clicking here and you can use #IrelandUnfiltered to join the conversation on social.

popular
Huge number of businesses plan on employees returning to workplaces in September
Ryanair set to take first delivery of "Gamechanger" aircraft this month
The JOE Movie Quiz: Week 102
Here are the restrictions being eased today as Ireland continues reopening
It will cost "tens of millions" to rebuild HSE IT system following cyberattack
The 50 most iconic songs of all time* have been revealed
Leo Varadkar says cyber attack on Department of Health was "unsuccessful"
You may also like
1 year ago
Jack Whitehall on dealing with the "posh guilt" that came with his upbringing
1 year ago
COMPETITION: Win four tickets to Republic of Ireland v Denmark
1 year ago
Joe Brolly: "The DUP is about narrow self-interest"
1 year ago
'I was told Joanne Cantwell had lost confidence in my abilities as an analyst'
1 year ago
Here's how to get tickets to Ireland Unfiltered Live with Joe Brolly
1 year ago
There will be no price to pay for loyalty of the EU, according to Paschal Donohoe
Next Page