Liam Gallagher has a theory about his front teeth. A quite painful one.

In conversation with the Guardian on Monday, Gallagher recounts an infamous brawl that took place in a Munich hotel bar in 2002 which led to the cancellation of Oasis' German tour, his arrest, a €50,000 fine and the loss of his two front teeth. 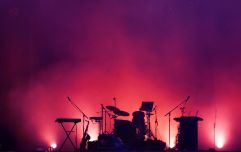 END_OF_DOCUMENT_TOKEN_TO_BE_REPLACED

80 police officers were on the scene on the night in question, and the Oasis icon - who is due over for Irish dates this summer - claims that they took revenge on him while unconscious for his part in the brawl.

“If I was to hit you in the mouth, you’d think you’d have a fat lip, right?" he begins. "I didn’t have a fat lip. I was still fucking whistling while I worked, mate. Here’s what I think happened: it all went down after I kicked a copper at some point in the fucking lobby, I think, because after that I woke up in the fucking nick.

"So I think they give me a whack over the head in the back of the fucking van and I think they’ve just gone, ‘Fuck you, you cunt’, later on. Because they were pulled out completely perfect. They were going: ‘Oh, as you were coming up the stairs, you tripped and they whacked on there.’

"But they’d have broken, wouldn’t they?" Gallagher continues. "You don’t fucking have them completely fall out like that. And I woke up in a prison cell, handcuffed, no teeth, but I could still” – he whistles – “and no other marks on me. So I’m going: they fucking ripped them out because I did one of their geezers, that’s what happened there.”

Elsewhere in the interview, Gallagher matter-of-factly laments the loss of Beady Eye - “We weren’t selling any tickets, and I thought: ‘I ain’t fucking doing a third record to be fucking playing the 100 Club, I’d rather do fucking nothing.’" - and, but of course, has another pop at his brother Noel:

“He did me out, mate, he threw me under the fucking bus, and I won’t forget that," says Liam.

"He split the band up and it meant the world to me. Just to further his career. So me having a little pop at him when he fucking needs it, I don’t give a fuck if his missus gets a bit of shit on Twitter, or his fucking kid – welcome to my fucking world. I was getting shit when you threw me under the bus and split the band up. My kids get shit, too. Get off Twitter if you can’t fucking handle it.”

You can read the full chat here.

The Big Reviewski || JOE · TBR Spotlight: Loki Episode One - 'Glorious Purpose'
popular
It's official, these are the sunniest counties in Ireland
New powers to allow Gardaí request the passcode for smartphones
Matt LeBlanc has seen the memes of him as every Irish auld lad and very much enjoyed them
QUIZ: You won't be able to guess all these brands from their slogans
QUIZ: Can you name all of these counties from their nicknames?
The JOE Movie Quiz: Week 106
QUIZ: Take on this tasty challenge of your General Knowledge skills
You may also like
23 hours ago
JOE’s Song Of The Day #900 – Phoeno ‘Alive’
2 days ago
The JOE Music Quiz: Week 61
3 days ago
Picture This announce details of their only Irish concert dates for 2021
4 days ago
Noel Gallagher calls Prince Harry a "f*****g woke snowflake" in brutal interview
5 days ago
Sinead O'Connor performs u-turn on plans to retire from music
1 week ago
JOE’s Song Of The Day #899 – Emily 7 'Somebody'
Next Page