The evenings will be rolled out across stores between April and May.

Lidl has announced that it will be starting weekly Autism Aware Quiet Evenings across all 194 of its stores in Ireland and Northern Ireland.

Given an initial trial run during 2017, the supermarket chain will roll out the initiative starting on 2 April, World Autism Day, with all stores expected to be involved by May.

The network of stores across Ireland and Northern Ireland will receive a series of sensory adjustments, which will classify each store as autism aware.

From 2 April every Tuesday between 6-8pm, the following changes will be in place:

In-store maps will also be made available for children with autism, so as to plan and organise their shopping trips, which will add structure and routine to help them deal with what they may otherwise see as a chaotic experience. 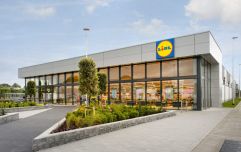 END_OF_DOCUMENT_TOKEN_TO_BE_REPLACED

In order to ensure that the evenings suit the needs of their customers, Lidl has been working alongside Irish Autism Action and The National Autistic Society.

The supermarket chain has also called on registered Irish autism charities to get in touch if they would like to promote their work and raise awareness by speaking to customers in stores.

Commenting on the news, Deirdre Ryan, Head of Corporate Social Responsibility for Lidl Ireland said: "Public spaces can be overwhelming for anyone with autism, we would like to support our customers who are struggling to manage tasks such as the weekly shop, by providing a calmer environment and the security of knowing that additional assistance is available if necessary.

"The feedback from our trial last year was very positive and we look forward to offering Autism Aware Quiet Evenings to customers in all stores across Ireland and Northern Ireland."

For more information on the list of participating stores and roll out dates, visit their official website here.

popular
Very popular US fast food chain planning to open in Ireland
20 years ago, one of the best sci-fi movies of the 21st century was a box-office bomb
Katherine Ryan says famous TV star is a ‘predator’ and everyone in industry knows
The JOE Movie Quiz: Week 181
Surprise frontrunner emerges as potential next James Bond as producers 'love him'
QUIZ: Only the sharpest will get 100% in this General Knowledge test
QUIZ: JOE's Big News Of The Day Quiz #19
You may also like
3 years ago
Lidl Ireland warn of a scam that is affecting customers
4 years ago
Lidl become first supermarket in Ireland to raise minimum wage in line with latest 'Living Wage'
4 years ago
Lidl announce that they will remove plastic from fruit and veg range, saving over 65 tonnes of plastic waste per year
4 years ago
Lidl in Fortunestown has reopened following its demolition during Storm Emma
4 years ago
Lidl recall two potato croquette products as labels are not in English
4 years ago
Lidl Ireland pledges to raise €1 million for youth mental health
Next Page