A man in his 60s has died following a road traffic collision in Tipperary.

Gardaí at Nenagh are investigating the collision involving two cars that occurred at approximately 12.50pm on Saturday on the N7 at Ballyhiskey near Nenagh.

The driver of one of the cars, a man in his 60s, was taken by ambulance to University Hospital Limerick where he was later pronounced dead.

The front seat passenger and only other occupant of this vehicle, a woman in her 60s, was also taken to University Hospital Limerick, where her injuries are reported to be non-life threatening.

The driver of the other car involved failed to remain at the scene. 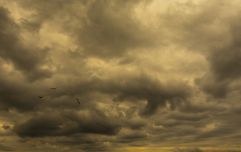 END_OF_DOCUMENT_TOKEN_TO_BE_REPLACED

Gardaí at Nenagh are appealing for any witnesses to this collision to come forward. Gardaí are also appealing for any road users who may have camera footage (including dash-cam) who were travelling on the N7 roadway between Nenagh and Birdhill between 12.30pm and 1.15pm, to make this footage available to Gardaí.


popular
QUIZ: Name the US States which contain the letter ‘R’
Two women survive 15 hours in the water in Galway Bay
Met Éireann issues thunderstorm warning for Munster
Here's Week 45 of JOE's 19 in 90 quiz
Here are the five best movies on TV on Thursday
QUIZ: Can you name all the countries beginning with 'A'?
The 50 most iconic songs of all time* have been revealed
You may also like
2 hours ago
Two women survive 15 hours in the water in Galway Bay
4 hours ago
Search underway for two women missing after paddle boarding on Galway coast
5 hours ago
A man has died following a stabbing in Dublin
6 hours ago
Man charged over attempted hijacking incident in Dublin
20 hours ago
40 new cases of Covid-19 confirmed, one further death
1 day ago
Met Éireann has issued a rainfall warning for seven counties
Next Page