Man dies after being shot by Gardaí following standoff in Dublin

The man was shot after the use of less-than-lethal force options to resolve the incident were unsuccessful.

A man has died after he was shot by Gardaí following a standoff in Dublin on Wednesday afternoon (30 December). 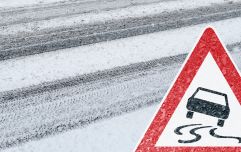 END_OF_DOCUMENT_TOKEN_TO_BE_REPLACED

In a statement, An Garda Síochána said that, at approximately 12.15pm, Gardaí responded to reports of a public order incident at a business premises in Hartstown, where a male in his late twenties, armed with a knife, was at the scene.

Members of the Armed Support Unit arrived at a scene in Manorfields Drive, Dublin 15.

The Armed Support Unit were also threatened with a knife and implemented a graduated policing response, where the use of less-than-lethal force options was initially administered in an effort to resolve the incident.

The less-than-lethal use of force options were unsuccessful, and a number of shots were discharged from an official Garda firearm at approximately 12.35pm.

The man was treated at the scene by paramedics from the Armed Support Unit and Dublin Fire Brigade.

He was transferred to Connolly Hospital Blanchardstown, where he was pronounced dead on Wednesday afternoon.

The Garda Síochána Ombudsman Commission have been notified of the incident and are currently in attendance at the scene.

popular
Three men arrested following search of "chop shop" in Meath
Joe Exotic fails to receive pardon from US president Donald Trump
Virtual parade to replace official St. Patrick’s Day parade this year
Irish punters could turn €0.98 into hundreds of millions* with a bet on the Super Jackpot
The 50 most iconic songs of all time* have been revealed
QUIZ: Can you name all the teams in the NBA from their locations?
New year, new you, new career? This opportunity could be right up your street
You may also like
1 hour ago
Virtual parade to replace official St. Patrick’s Day parade this year
4 hours ago
Government abandons plans to reopen schools for children with special educational needs
5 hours ago
PSNI temporarily close station in Downpatrick following Covid-19 outbreak
15 hours ago
Joe Biden quotes James Joyce in farewell speech in Delaware
17 hours ago
Ireland's first Covid-19 vaccine recipient gets her second dose
18 hours ago
93 more people with Covid-19 have died in Ireland, 2,001 new cases
Next Page