Soldiers from the Queen's bodyguard have reportedly been arrested on suspicion of selling cocaine and running a loan shark operation, just days before they were due to lead the Platinum Jubilee parade in London next week.

Six members of the Irish Guards, a regiment of the British Army often referred to as 'The Fighting Micks', were held on suspicion of dealing the Class A drug after being busted in dawn raids in Hampshire, Berkshire, North Wales and Northern Ireland on Wednesday, The Sun reported. 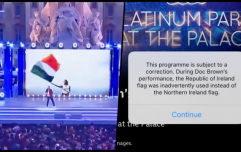 END_OF_DOCUMENT_TOKEN_TO_BE_REPLACED

The newspaper said the group was alleged to have also been lending money at extortionate rates, collecting debts, and laundering cash.

A former sergeant from the Coldstream Guards was also apprehended.

The troops, whose Colonel-in-Chief is Prince ­William, had been due to lead the Trooping the ­Colour in front of the Queen on Thursday.

Five of the seven suspects were released on bail. The other two were held by Red Cap Royal Military Police who led the investigation, the newspaper said. 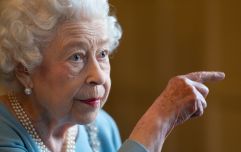 The Queen has tested positive for coronavirus

END_OF_DOCUMENT_TOKEN_TO_BE_REPLACED

In a statement, the Ministry of Defence said: “As part of a planned operation, the Royal Military Police arrested six Irish Guards soldiers and a Coldstream Guardsman veteran on suspicion of conspiracy to supply drugs and money lending and laundering offences.

“As this is now the subject of an independent Royal Military Police investigation, it is inappropriate to comment further.”

The Sun further reported that at least one of the arrested Irish Guards had met the Duchess of Cambridge at a St Patrick’s Day parade.