The motorist was arrested and taken to Tralee Garda station.

A motorist failed a roadside drugs test for cocaine and benzodiazepines after they were spotted performing a “dangerous” overtaking manoeuvre in Kerry.

Having been spotted performing the dangerous manoeuvre by the Kerry Roads Policing Unit, the motorist in question was found to have cocaine and benzodiazepines in their system.

The motorist was arrested and a blood sample was taken at Tralee Garda Station.

Members of the Kerry RPU seen a car perform dangerous overtake. Driver was stopped and failed the road side drugs test for cocaine and benzodiazepines. Arrested and blood sample taken at Tralee Garda station.#ArriveAlive pic.twitter.com/NnHF3ZbGl4 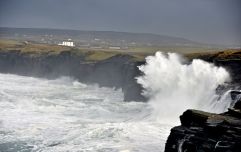 END_OF_DOCUMENT_TOKEN_TO_BE_REPLACED

Following the introduction of a new drug testing policy in the Road Traffic Act 2016, since 13 April 2017, An Garda Síochána have the power to test the oral fluid of drivers for the presence of cannabis, cocaine, opiates (e.g. Morphine) and benzodiazepines (e.g. Valium) at the roadside or in a Garda station.

The penalty for drug driving is the same as for drink driving - a maximum fine of €5,000 and up to six months imprisonment on summary conviction.


popular
The JOE Friday Pub Quiz: Week 175
The shortlist for the best breakfasts in Ireland has been revealed
Bodies of three children discovered in Dublin home
QUIZ: Can you guess the pixellated movie posters?
The 50 most iconic songs of all time* have been revealed
Two operators of illegal puppy farm in Roscommon convicted of animal cruelty
QUIZ: Can you name all these European countries just from their vowels?
You may also like
2 weeks ago
Sale of new petrol and diesel cars set to be banned in Ireland after 2030
1 month ago
Irish car insurance premiums up 42% despite claims falling by 40% over last 10 years
1 month ago
Over 300 drivers arrested on suspicion of intoxicated driving in Ireland in the last two weeks
1 month ago
New system of penalty points and speeding fines to be considered by Cabinet
2 months ago
Motorists face €120 fine and three penalty points for dangerous overtaking of a cyclist
2 months ago
"Thousands of Irish drivers" are paying up to €1,000 too much for car insurance
Next Page