“There are plenty of people that I respect that are advocating for this strategy, but I simply disagree with them.”

Calls for a proposed ‘Zero Covid’ strategy for Ireland have been dismissed by the National Public Health Emergency Team (NPHET) and described as “an utterly false promise” and a “huge risk”.

The possible adoption of such a strategy has gathered momentum in recent weeks as Ireland continues to deal with thousands of cases on a daily basis, which have put a strain on hospitals and healthcare services. 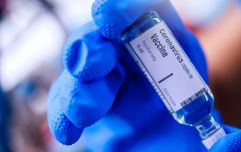 END_OF_DOCUMENT_TOKEN_TO_BE_REPLACED

A ‘Zero Covid’ strategy aims to eliminate community transmission of the virus by banning non-essential foreign travel and introducing rigorous isolation and testing and tracing procedures.

Taoiseach Micheál Martin and Tánaiste Leo Varadkar are amongst those who have greeted the idea with scepticism, but it has gathered significant support amongst opposition parties and even some government TDs.

Speaking at a press briefing on Thursday evening, however, Philip Nolan, chair of the NPHET epidemiological modelling advisory group, came out quite strongly against a proposed Zero Covid strategy.

“We have to accept that, in the circumstances of this country, no such system would be perfect and guarantee complete exclusion of any new disease or any new variant,” Nolan said.

“And in that context… I think it’s an utterly false promise to say if we put certain things in place now, we can go to Level 0 or Level 1 on the framework in a matter of weeks or months.”

“That won’t happen and it would be an incredibly risky thing to do because of the fact that we will inevitably be a leaky country,” Nolan added.

“We will inevitably get reintroduction of disease, that disease could easily be new variants, so I think a much more realistic strategy is to say 'let's get the level of disease down and then let's work to keep it there'... gives us real strategic options between now and vaccination.

“And it’s arguable, there are plenty of people that I respect that are advocating for this strategy, but I simply disagree with them. I think it’s a false promise and if the promise were brought to fruition, it would be a huge risk.”