The interview will be aired in full on Wednesday morning.

Former President of the Olympic Council of Ireland (OCI), Pat Hickey has spoken to Newstalk Breakfast about his arrest at the 2016 Olympics in Rio De Janeiro.

The interview between Hickey and Newstalk Breakfast Host, Paul Williams will be Hickey's first interview since the arrest which was part of an investigation into alleged ticket touting. 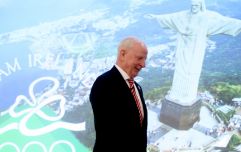 Pat Hickey is reportedly on his way back to Ireland

END_OF_DOCUMENT_TOKEN_TO_BE_REPLACED

The investigation meant Hickey would step aside from his presidential status at the OCI and he was interrogated by Brazilian police, his passport was taken from him and he spent some time in a maximum security prison.

He returned to Ireland after his release from prison and was put under house arrest on his return but Hickey has continued to deny all charges which were made against him.

The ticketing scandal has said to have cost the OCI around €1.5 million but in his first interview since the arrest, Hickey remains firm that he is innocent.

Speaking exclusively to Newstalk Breakfast, Mr Hickey denied that: "My reaction to that is that that is not correct.

"There is full insurance cover at the moment for my costs - and the impression the media give is that I was the sole cost of this spend of €1.5 million," he said.

He added: "I've been able to establish after I was arrested in Rio, the executive committee created a crisis management committee - which consisted of three people - and they had powers of expenditure.

"The €1.5 million was done without my knowledge, I know nothing about it - this was done by the crisis management committee. It's just that the media gave the impression that I was the cause of that cost."

EXCLUSIVE: Pat Hickey speaks out for the first time since his arrest... Tune in to @BreakfastNT tomorrow at 8am for the full interview. pic.twitter.com/edhzazXjvu 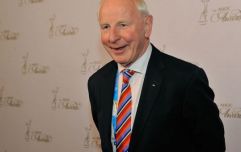 END_OF_DOCUMENT_TOKEN_TO_BE_REPLACED

An extra snippet of the interview was played on Newstalk Breakfast on Tuesday morning where Hickey added that: "When you're President for 30-years, you make a lot of enemies.

"This was a great opportunity for them to criticise me and I was portrayed as a war-class criminal."

The full interview will be aired on Newstalk Breakfast on Wednesday at 8am.

The Big Reviewski || JOE · TBR Spotlight: Loki - Episode Six - 'For All Time. Always.'
popular
Micheál Martin urges young people to get vaccinated as 87% of cases today were in people aged under 45
Gardaí examining social media threats against President Michael D Higgins
Home and Away star Dieter Brummer found dead at 45
The full list of all the new shows and movies coming to Netflix in August
Stephen Donnelly confirms 69% of the adult population are now fully vaccinated
COMPETITION: Win one of these very cool new Guinness summer furniture kits
The JOE Movie Quiz: Week 112
You may also like
4 years ago
Pat Hickey says Shane Ross “scarpered back home” following his arrest in Rio de Janeiro
4 years ago
WATCH: The O'Donovan brothers were in cracking form on Graham Norton's New Year's Eve show
4 years ago
John Delaney releases statement after stepping down from OCI Executive Committee
4 years ago
Two Irish boxers have been sanctioned for Olympics betting scandal
4 years ago
WATCH: Ireland's goalie absolutely decked a Team GB player in the Paralympics soccer last night
2 days ago
Restaurants chief says "fake bookings" being made in protest of indoor hospitality rules is "a huge issue"
Next Page