The speed of the vaccine rollout in Ireland continues to come under scrutiny.

Only six people in Ireland received their second dose of Covid-19 vaccine last Sunday, according to new data from the HSE.

The HSE's vaccination dashboard reveals that while 2,843 people received their first dose on Sunday, 21 March, a very small number were fully inoculated after receiving a second dose. 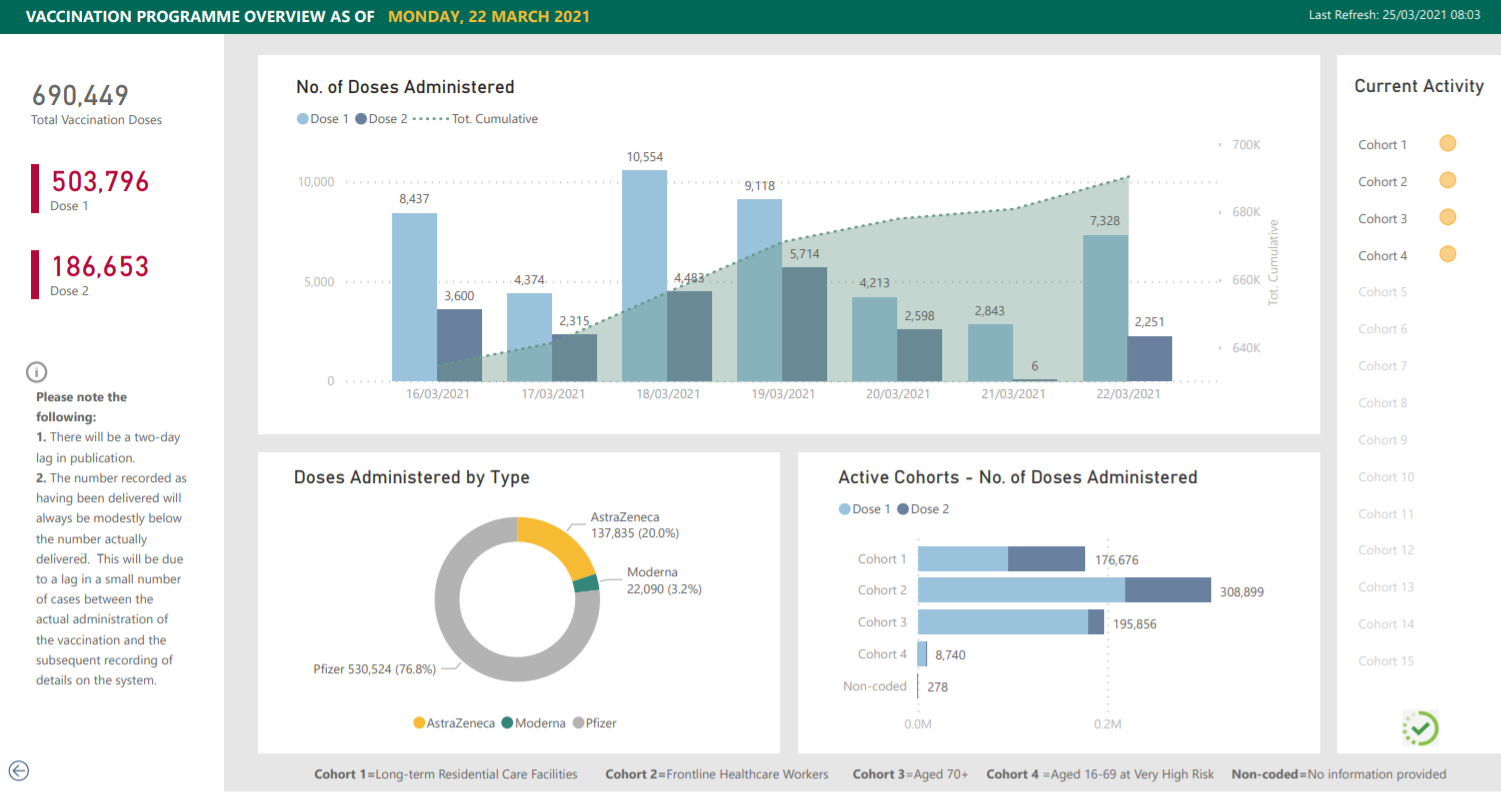 The figure of six is a sharp drop when compared to the 915 who received their first jabs on Sunday, 21 February.

According to the HSE, a person's second dose of the vaccine should come at least: 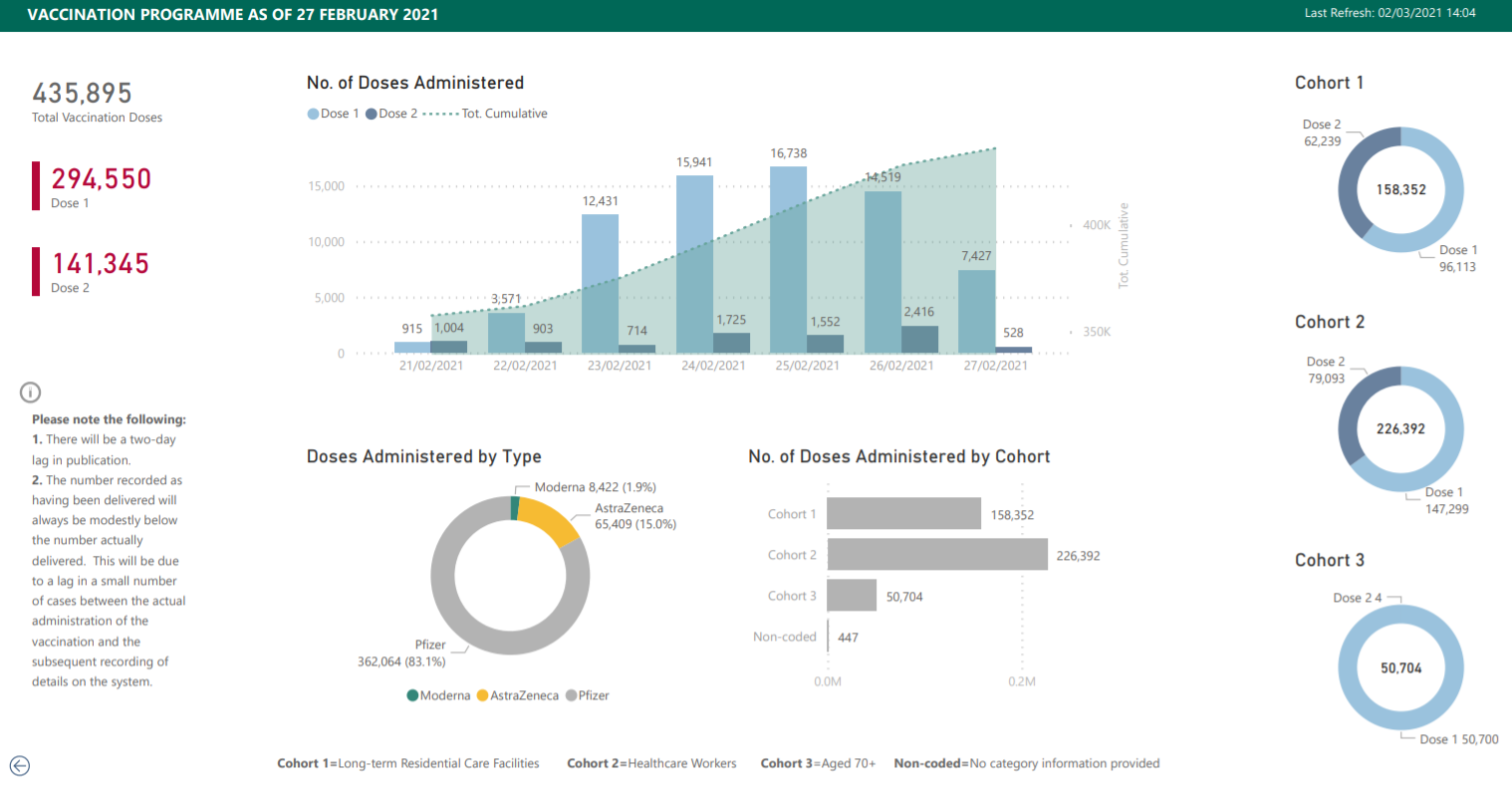 The dashboard does say the number recorded as having been delivered will always be modestly below the number actually delivered because of lags between the administration of the vaccination and the subsequent recording of the details on the system.

That said, the low figure will do little to stop criticism of the government for the speed of the vaccine rollout.

In article images via HSE