At least we assume it’s an early April Fools’ joke. It has to be, right?

It doesn’t matter how wary you are of the date in the calendar, there’s every chance you’re going to drop your guard tomorrow and be fooled into believing something absolutely ridiculous on the one day of the year where it’s completely acceptable (it’s acceptable most days if we’re honest) to embarrass a friend or a colleague by telling porky pies.

Cadbury Ireland decided to get a head start by releasing a sneak preview of an Easter Egg combining chocolate and blue cheese which they claim they are launching in time for this Easter, which is suspicious enough considering that a lot of shops have been stocked with a wide range of Easter Eggs pretty much since the beginning of Lent and even before it started in some cases.

As chocolate & cheese go so well together, this year we're launching a new #BlueCheeseCadburyEasterEgg! Egg-cited?? pic.twitter.com/xqXIRKc6r1 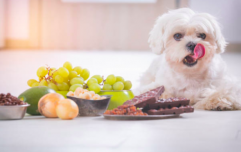 Dogs Trust warn about leaving chocolate lying around this Easter

END_OF_DOCUMENT_TOKEN_TO_BE_REPLACED

Considering that Tayto actually launched a cheese and onion flavoured chocolate bar last year, it’s not the most outrageous idea there’s ever been and who knows, maybe Cadbury are planning on releasing the Easter Egg that might sound great to lovers of chocolate and blue cheese everywhere, but would probably be pretty awful-tasting in reality. It certainly got people pretty egg-cited on the Twitter machine this evening in any case.

@CadburyIreland Oh. My. Gosh. :O YES!!!! Are they available all over Ireland?

We strongly doubt it, however, but it was a worthy effort all the same.

popular
County where winning Lotto jackpot ticket worth over €5.5 million was sold confirmed
Jordan Peterson suspended from Twitter over Elliot Page comment, says he won't apologise
The JOE Friday Pub Quiz: Week 301
Parent's Benefit Leave in Ireland is being extended from today - here's what you need to know
One of the best sports movies of recent years is now available to stream at home
QUIZ: Can you name all the counties in Ireland without the letter 'A'?
Landlords must give longer eviction notice periods under newly passed legislation
You may also like
2 months ago
QUIZ: The most famous movies and TV shows about chocolate
2 years ago
COMPETITION: Win a Cadbury hamper and an afternoon lunch with your family
2 years ago
Man installs 'chocolate safe' in fridge to stop his girlfriend from eating all his snacks
2 years ago
Chocoholics! The Cadbury Inventor competition is back to find the next great chocolate bar
2 years ago
The results for The Cadbury Great Inventor competition are in and it's good news for all you coffee lovers!
2 years ago
Cadbury has released THREE new chocolate bars but hurry, they're not here for long
Next Page