Their contention is that not only are the 'revelations' relatively harmless, but those who are seeking to damage Beckham's reputation by publicly condemning him for his actions have no room to talk. Rather they are seeking to settle scores. 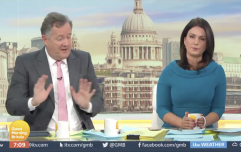 END_OF_DOCUMENT_TOKEN_TO_BE_REPLACED

Chief amongst those who took great glee in slagging the former Manchester United player off is Piers Morgan - a man who has an obsession with starting arguments with young women on the internet and commenting on how little they're wearing.

The former editor of the Daily Mirror is also best buds with Donald Trump, who we'd suggest puts Becks slightly in the shade when it comes to misdemeanours and personality flaws. Regardless, Morgan had this to say on the Beckham story:

I think we can forget about 'Sir David Beckham' ever happening. pic.twitter.com/ykEhQLP0Iv

It's not a Sun scoop, it's a major investigation into Beckham by French media. Exposes him as a total fraud. https://t.co/eT8xGjMXlp

Hmmm.
One of those titles will definitely change by tomorrow. https://t.co/8KbSm9BGXZ

Katherine Jenkins is one of the nicest, most decent people in showbusiness. Beckham's attack on her is particularly repulsive.

Nobody will be envious of David Beckham by tomorrow.
They will all be sickened by him. https://t.co/etVB0jzWrw 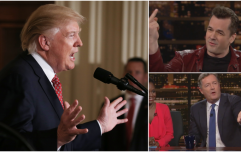 COMMENT: Jim Jefferies telling Piers Morgan to 'f**k off' is exactly the problem

END_OF_DOCUMENT_TOKEN_TO_BE_REPLACED

If he was expecting the public to side with him following the Saturday morning stories, and admit that he was right all along, he was very sadly mistaken. The response was passionate and emphatic. Between Piers and Becks it seems there's only one winner...

Legend until the press decides otherwise
How the fuck can piers Morgan take the moral high ground on any thing is beyond me. Cockwomble

What Piers says about Becks says more about Piers than Becks!

What Becks done? It appears to have riled Piers Morgan, so I'm completely behind whatever it is