WATCH: Sam arrived in Europe with €35 in his pocket. JOE made this video about him 9 years later

Some of us are born in Ireland and some of us choose to make this island home.

More than 110,000 people have been granted Irish citizenship since the Department of Justice began holding citizenship ceremonies in 2011. JOE followed one man, Samuel Isidoro, during the run up to this year's ceremony in Dublin's convention centre.

Witnessing thousands of people take smiling photos while holding up their copies of the national anthem and pinning the Irish tricolour to their chest is special. It pulls at something deep-seated, an indeterminable pride, the same that comes from Guinness ads at Christmas and watching drone footage of Kerry. 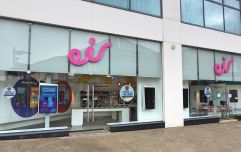 END_OF_DOCUMENT_TOKEN_TO_BE_REPLACED

The Irish state honouring people with citizenship elevates to the fore questions of identity; can you choose to be Irish, does a piece of paper make you so, can there be nothing more than bureaucracy involved in the acquisition of an Irish self?

But the attaining of Irish citizenship is not a result of successful emulation of an undefinable Irish spirit.

Irish society is varied. Not all of us ascribe to the same values or codes of morality. We have raging debates over social issues, religion, domestic and foreign policy, we disagree on the street, we look diverse, sound different and we don't embody a  collective spirit of essential Irish-ness.

It is easy to romanticise our nation of lovable craic-havers, of Celtic spirit and a population that punches above its weight in sport, literature and butter production. It is easy to think of our country's international accolades and rely on them during moments of consternation over Irish answers to Irish problems. 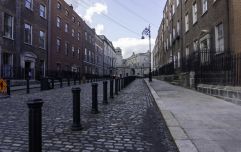 END_OF_DOCUMENT_TOKEN_TO_BE_REPLACED

There are over 8,000 people homeless in Ireland, people are dying from the cold on Dublin's streets, our healthcare system is dysfunctional, as is our Department of Justice and the chasm between the wealthy and the disadvantaged grows wider with every property section supplement.

Yet thousands of individuals have come to Ireland and seen something they want to be a part of.

Samuel Isidoro, received his Irish citizenship this year. His partner, Andrew, taught him the Irish anthem and he practised it every morning in the shower before work. He arrived to Europe with €35 in his pocket and a determination to make a life for himself somewhere new. He is Brazilian and now he is Irish too.

Watch his story below...

“Ireland for me is home.” This is what it means to become Irish for Sam, who is originally from Brazil pic.twitter.com/67iMvFHLQc

popular
Met Éireann issues weather warning for three counties
The JOE Movie Quiz: Week 160
QUIZ: Can you conquer this delightfully difficult General Knowledge Quiz?
QUIZ: Take your very best shot in this tough General Knowledge Quiz
A feel-good comedy with a Springsteen soundtrack is among the movies on TV
Gardaí launch social media campaign in response to rising number of deaths on the roads
An underrated Jason Statham thriller is among the movies on TV tonight
You may also like
4 days ago
Varadkar defends volatile exchanges with Pearse Doherty, says they were "self-defence"
4 days ago
QUIZ: Can you name the 32 counties of Ireland in order of size from the biggest to the smallest?
5 days ago
Irish people are paying a hell of a lot more for alcohol than other EU countries
1 week ago
Strong reactions to motion to reduce legal drinking age to 16 in Ireland
1 week ago
Ireland ranks as one of the most peaceful countries in the world
2 weeks ago
QUIZ: Name the county from the beautiful attraction
Next Page