Hundreds turned out at two separate protests outside Leinster House on Saturday.

Hundreds of people took part in separate rallies outside Leinster House in Dublin on Saturday, in both anti-racism and free speech demonstrations.

It was reported that "scuffles" broke out at the demonstrations, as Gardaí and stewards attempted to hold back some protesters.

Gardaí in Pearse Street have since confirmed to JOE that three arrests were made this afternoon, Saturday 14 December, in relation to a protest that was taking place on Kildare Street.

One woman and two men were arrests and taken to Pearse Street GS. One man (18 years) and one woman (late 30s )will be dealt with by adult caution and the other man (early 40s) has been charged and will appear before court at a later date.

People Before Profit were in attendance at the rally, insisting that Ireland can't allow the right-wing to gain power in this country, saying: "we need to be united to win a more equal society".

PBP were on the rally against racism and the far right today - we need to be united to win a more equal society #rally4peace #rallyforpeace #antiracism pic.twitter.com/olP0yACXPI 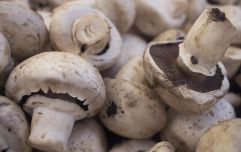 END_OF_DOCUMENT_TOKEN_TO_BE_REPLACED

The Immigrant Council of Ireland said ahead of the rally that it is now "More important than ever to stand in solidarity against the spread of populism, hate & othering.

"We are one society, one community, united in harmony as a people seeking to live lives in peace & dignity."


popular
QUIZ: Name the US States which contain the letter ‘S'
QUIZ: Can you name all of these towns from their Irish names?
The JOE Friday Pub Quiz: Week 204
White House reporter asks Trump if he regrets “all the lying” to the American people during his presidency
Eat gummy bears for better recovery after a workout, says fitness expert
Tipperary mushroom plant suspends work following Covid-19 outbreak
QUIZ: Name the US States which contain the letter ‘R’
You may also like
15 hours ago
67 new cases of Covid-19 confirmed in Ireland
21 hours ago
HSE and HSA approve reopening of Carroll Cuisine food plant in Offaly
23 hours ago
Man in his 20s stabbed in Eyre Square in Galway
1 day ago
Temperatures set to hit 26 degrees today with no sign of a let-up in the heat
1 day ago
Gardaí appeal for witnesses following unexplained death of man in Cork
1 day ago
Brown Thomas and Arnotts to cut 150 jobs due to impact of Covid-19
Next Page