One of the shebeens featured a pool table, a dart board, arcade games and an 80 inch flat screen television.

Gardaí are investigating a suspected ‘shebeen’ in Monaghan for alleged breaches of liquor licencing legislation in support of current public health measures.

As part of Operation Navigation, a private premises was searched by Gardaí in Castleblaney on Saturday night, 28 November, at approximately 9pm.

END_OF_DOCUMENT_TOKEN_TO_BE_REPLACED

As part of the investigation, one premises was searched under warrant by Gardaí.

During the search, substantial quantities of alcohol were seized, along with beer taps and other bar equipment. All of those present were identified by Gardaí.

No arrests were made in this phase of the investigations. Enquiries are ongoing and a file will now be prepared for the Director of Public Prosecutions.

The investigation into the suspected shebeen in Monaghan came on the same night that Gardaí conducted a search under warrant of a suspected Shebeen premises operating in Causeway in Kerry.

Shortly after 8pm on Saturday, Gardaí conducted a search under warrant of the suspected Shebeen premises and located a fully operational bar.

The bar featured a number of beer taps, along with a fully operational cooler room with gas lines and cooler to operate the taps.

The premises was fitted with a number of tables, chairs, a pool table, a dart board, arcade games and an 80 inch flat screen television.

Gardaí conducted a search of a suspected Shebeen in Co. Kerry yesterday evening. A file will now be prepared for the Director of Public Prosecutions . pic.twitter.com/YvGQmt2LAu 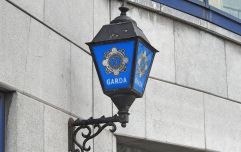 END_OF_DOCUMENT_TOKEN_TO_BE_REPLACED

A file will now be prepared for the Director of Public Prosecutions.

In light of the public health crisis posed by the Covid-19 pandemic, An Garda Síochána continues to appeal to all citizens to comply with Public Health Guidelines and Regulations in order to continue to save lives.

The Big Reviewski || JOE · Emile Hirsch on Tarantino, a Speed Racer sequel, and new Irish horror Son
popular
The 50 most iconic songs of all time* have been revealed
Eoghan McDermott to leave RTÉ after six years (Report)
QUIZ: Can you answer all the £1 million questions from Who Wants to be a Millionaire?
People think they've figured out the ranking of the viewers on your Instagram Stories
Someone in Ireland is €500,000 richer following Tuesday's EuroMillions draw
PICS: The man with the biggest penis in the world has one unbelievable problem with it
EA Sports bans Irish FIFA player who racially abused Ian Wright for life
You may also like
2 days ago
Man in his 20s arrested for theft of €1.1 million from Dublin-based company
2 days ago
Man arrested in connection with firework attack on Gardaí
2 days ago
Woman arrested after multiple Garda cars chase vehicle from Ballymun to Wicklow and back
5 days ago
Three gardaí injured, one hospitalised after anti-lockdown protest in Dublin
6 days ago
Body of third man found following murder of two men in Cork
1 day ago
Three arrested following large street party in Limerick
Next Page