Can Simon Coveney turn the tables on Leo Varadkar?

Varadkar has employed a lethally effective blitzkrieg campaign for the Fine Gael leadership. From Enda Kenny's announcement to step down, both candidates had been staking their claim as potential party leaders, but with two weeks to go until the vote, the die has been cast.

Varadkar's support outweighs Coveney's two to one, following a deluge of key players switching their colours to support the Palmerstown native. Both have very similar policy plans, but in the race to curry favour with party members, Varadkar's people have been better.

We're looking at what exactly either man would do at the helm of Fine Gael when the dust settles this June. 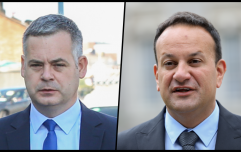 END_OF_DOCUMENT_TOKEN_TO_BE_REPLACED

Leo Varadkar - the Trinity-educated GP was marked as a rising star in FG 10 years ago when, as a 28-year-old TD, he launched a stinging attack on Bertie Ahern in the Dáil. He is an opportunist and has a few gimmicks up his sleeve - in his first general election, he handed out hundreds of Lion bars with the slogan: 'Vote #1 for Leo the Lion'.
Simon Coveney - Corkman Coveney followed in his father's footsteps, and is regarded as a hardworking and able politician. He has an agriculture background with European pedigree - serving as an MEP as well as serving on the Foreign Affairs Committee and the Delegation for Relations with the USA. He drew criticism for his associations with the Bilderberg group, a somewhat shady organisation that promotes transatlantic cooperation on political, economic and defence issues. 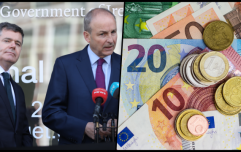 END_OF_DOCUMENT_TOKEN_TO_BE_REPLACED

Coveney is a firm believer in improving public transport, following on from his current ministerial agenda. He has mentioned plans to develop high-speed rail links and has declared a plan for 'Ireland 2040': his agenda to move population growth outside of Dublin and to double the size of Irish cities by 2040.
The candidates are in accord on a few points - increased capital spending and a ban on tax above 50%. Varadkar is vowing to ban strikes on essential public and security services after Labour court rulings. He is also proposing a 10-year National Development Plan to catch up with other European countries, bringing forward plans like the Dublin Metro and motorway links to the west and north-west.

Coveney is strongly pro-Europe. As a former Minister for Agriculture, he knows how much the €13.5 billion Irish agri-food sector flourished in the EU, and how much it is threatened by Brexit. He will seek to maintain the current trading relationship with Britain at all costs.
Varadkar seeks to increase competitiveness for high-paid jobs in the post-Brexit landscape by improving the areas where we are vulnerable, while also capitalising on the potential fields of financial services and European agencies that want to move to Ireland.
He has been critical of the EU in the past for their approach to infrastructure spending but was insistent that FG is the party of Europe, and that Ireland's future lies there.

Coveney has been reluctant to nail his colours to the mast on this one, saying he was "uncomfortable" with the conclusive Citizen's Assembly results on abortion. When pressed, agreed that a woman pregnant by rape should be allowed an abortion "on balance".
Varadkar, like Coveney, has been evasive on the issue, but promises to treat it with "sensitivity, respect and empathy". He has said that he is not in favour of abortion on request but is in favour where rape or risks to health are concerned, saying he finds the topic "very difficult".

Coveney has been more than clear here - he is an "unapologetic" nationalist that firmly believes in a United Ireland. In the same vein as Fianna Fáil leader Micheál Martin, he wants FG to publish a White Paper on the topic by the end of the year.
Varadkar has called the push for a border poll "alarming", even though he claims to want a united Ireland. He has said that Brexit will bring a rethinking of Anglo-Irish relations, which will include the North, hard borders, and whether or not they remain in the single market.

As well as bold plans to have "the greenest government in the history of the state", Coveney plans to build 25,000 new homes every year by 2020, as well as 47,000 new social housing units through a €5.35 billion Social Housing Strategy.
Varadkar has been vaguer on his housing reforms, preferring to refer to it under the umbrella term of infrastructure. He has, however, discussed improving housing conditions for older people, and pre-empting house price inflation.

Both candidates have delivered similar policy plans, planning to build on the Programme of Government already agreed by Fine Gael. It is disappointing that both are evasive on some of Ireland's most relevant issues. Abortion is discussed with extreme reluctance, while the topic of mental health and suicide seems, for the most part, a taboo topic. Following Leo Varadkar's participation in a Dublin 5k run and subsequent six-minute impromptu press conference, his rival jibed that "I get up in the morning too and go on a 5k run now and again".

If Varadkar triumphs in two weeks the barbs will quickly rain in from party members other than Coveney. He will have difficult decisions to face and will have no choice but to let some people down.

Varadkar remains untested at the highest level. According to TD Josepha Madigan, he "has his finger on the pulse". In the era of Macron and Trudeau, this is a popular ticket to run on - charisma and opportunist instinct are essential to survive in the modern political landscape.

However, if he is to truly represent the zeitgeist of our time, he must successfully juggle the legacy issues with more pressing social matters. That, after all, is the difference between a good leader and a great one.

popular
QUIZ: It's time for one of our trickiest General Knowledge Quizzes yet
The JOE Movie Quiz: Week 161
Landlords must give longer eviction notice periods under newly passed legislation
QUIZ: Can you get 100% in JOE's great big halfway through 2022 quiz?
The 24 biggest movies still to come to cinemas in 2022
An underappreciated sci-fi blockbuster is among the movies on TV tonight
Jordan Peterson suspended from Twitter over Elliot Page comment, says he won't apologise
You may also like
2 days ago
Leo Varadkar has "never seen relations as bad" with UK ministers as they are now
2 weeks ago
National Children's Hospital set to cost even more than originally thought
2 weeks ago
Leo Varadkar says Lyft and Uber could help tackle Irish taxi shortage
2 weeks ago
"Cheap shot" – Leo Varadkar and Pearse Doherty engage in extraordinarily personal Dáil row
2 weeks ago
Varadkar says President is "immune in many ways from criticism and scrutiny"
2 weeks ago
Leo Varadkar and partner welcome Ukrainian refugee into their home
Next Page