As of 1 January 2019, people using plastic straws could be sentenced to six months in prison

The harsher punishments haven't reached Ireland yet, but anyone travelling to the States will need to take heed.

There have been some huge steps taken in cutting out the use of plastic straws in the last few weeks and months. 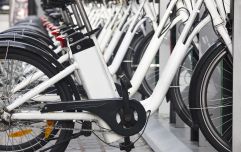 END_OF_DOCUMENT_TOKEN_TO_BE_REPLACED

However, some parts of the USA have decided that simply putting new rules and laws in place won't be enough, as people will need a proper deterrent from going back to using plastic straws.

As reported by Newsweek, up until today, Seattle became the first major U.S. city to ban plastic straws in July, and the maximum fine there is just $250 (€215).

However, as of 1 January 2019, Santa Barbara has passed a bill that will make breaking the plastic straw ban as an administrative infraction, meaning those caught disobeying it a second time risk a maximum fine of $1,000 (€860) and up to six months in jail.

Santa Barbara's Environmental Services Outreach Coordinator said that the new, strict fines and jail times are aimed more at the businesses that continue to use plastic straws after initial warnings about the new bill: "Jail time or stiff fines are not the intent for first-time offenders."

popular
Netflix has just added an incredibly tense 97-minute thriller
Irish people could be treated to spectacular sights in the sky over the next few nights
Teenager airlifted to hospital after being seriously injured in Clare tractor crash
Eamon Ryan's mother dies in tragic accident on family holiday
A great underseen action thriller is among the movies on TV tonight
The Sweatiest Movie Quiz Of All Time
Prime Video has just added 25 very big movies to its library
You may also like
4 months ago
Climate policy must be enacted now to "secure a livable future" - United Nations
4 months ago
20c levy to be introduced on disposable coffee cups
9 months ago
WATCH: David Attenborough delivers emotional speech on climate emergency
9 months ago
Eamon Ryan: Carbon budgets "will require fundamental changes to Irish life"
10 months ago
Energy supplies in Ireland entering "very tight situation", says Eamon Ryan
11 months ago
Soft plastic packaging can now be put into Irish recycling bins
Next Page