Tánaiste Leo Varadkar has said he is "confident" that indoor dining will be able to return across Ireland from July if there isn't "a resurgence of the virus".

He told Newstalk Breakfast on Monday that if case numbers remain stable, outdoor hospitality will be able to reopen from 7 June and indoor dining will be looked at in July. 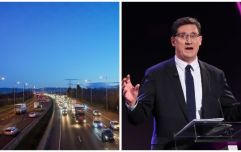 END_OF_DOCUMENT_TOKEN_TO_BE_REPLACED

"I would tend to look to the small number of countries ahead of us in the vaccine programme, places like the UK or Israel for example," he said.

"If things work out there, if there isn't a resurgence of the virus then I think we can be confident that we will have outdoor hospitality from 7 June as planned, and from July we'll be able to go to indoor dining."

The Tánaiste added that he thinks a summer "similar to the one we had last year" is on the cards for Ireland, as he said the reopening plan will allow for "gatherings of a certain size being allowed both indoors and outdoors" over the coming months.

"I think you'll see a summer similar to the one we had last year, not normal, but with indoor dining, pretty much all businesses open, gatherings of a certain size being allowed both indoors and outdoors," he continued.

It comes as last month Varadkar said he is "increasingly confident" that indoor dining and pubs will be able to reopen by July.

Speaking at a press conference outside Government Buildings, he said that although outdoor dining is evidently safer, he "hopes to get to the point where both would be possible".

"It is evident and increasingly evident that outdoor dining is much safer than indoor," he said. 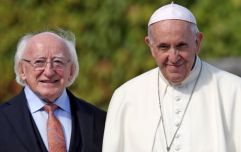