A homeless man suffered serious injuries after his tent was moved as he slept in it in Dublin.

Dublin City Council have issued a statement in response to an incident where a homeless man was seriously injured after his tent was removed while he slept in it on Tuesday.

In a statement released on Wednesday, Dublin City Council said that the incident occurred while Waterways Ireland were "removing tents that were placed in a precarious and dangerous location".

"An incident occurred yesterday, 14 January, 2020, involving a homeless man on the Grand Canal during a process where Waterways Ireland were removing tents that were placed in a precarious and dangerous location," the statement read.

"An individual was injured during the process and was taken to hospital. The Dublin Regional Homeless Executive is currently liaising with the hospital and every support is being provided. Our thoughts are with the man at this time.

"The Executive has been engaging with the individual for some time and accommodation remains available to him. Every action that is taken by state services is taken in the interest of health and safety of those individuals experiencing homelessness."

Dublin City Council confirmed that the incident is being investigated by An Garda Síochána.

Earlier this morning, Gardaí confirmed that the man's tent was being removed at the time of the incident in what they described as an "attempt to tidy the canal walk way". 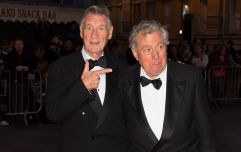 END_OF_DOCUMENT_TOKEN_TO_BE_REPLACED

Gardaí in Pearse Street were alerted to an incident that occurred on Tuesday afternoon at Wilton Terrace in Dublin 2.

Gardaí said that a man whose age is currently unknown was sleeping in his tent when it was removed in what Gardaí have described as an "attempt to tidy the canal walk way".

The man was subsequently removed to St. Vincent's Hospital, where he remains in serious condition.


popular
Here are Ireland’s favourite takeaways, as per the National Takeaway Awards
Seven leaders announced for RTÉ's multi-party debate
TG4 to air a documentary on Ireland's homeless crisis this evening
A LEGO version of the International Space Station is being released
Met Éireann forecasts risk of sleet and possibly snow in parts of Ireland this weekend
QUIZ: Week 16 of JOE's 19 in 90 quickfire quiz is here
Eddie Rocket’s are giving away free kids meals this Friday
You may also like
3 hours ago
TG4 to air a documentary on Ireland's homeless crisis this evening
21 hours ago
Noel Rock asked for less alcoholic beer to be sent to the Mansion House just as his Fianna Fáil rival was elected Lord Mayor
1 day ago
Man arrested after threatening Gardaí with knife and stealing cash in Dublin
1 day ago
Sky's new true crime documentary series examines a very sinister murder theory
2 days ago
Gardaí seize over €175,000 in cash and €50,000 worth of cocaine in Galway
2 days ago
Man in serious condition after being doused in petrol and set on fire during burglary in Cork
Next Page