The internet is trying to give Greece a massive bailout

Get your pennies out, lads.

Some kind souls have taken to the internet in a last-ditch attempt to bail Greece out of its financial troubles.

The fund, which was set up just yesterday on Indiegogo, has already surpassed €130,000.

While this is an undeniably impressive tally, it still falls some way short of the stated goal, which is €1,600,000,000. 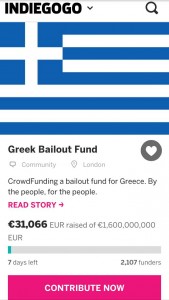 END_OF_DOCUMENT_TOKEN_TO_BE_REPLACED

Those who are kind enough to give their money can be rewarded in several ways. For example, a donation of €3 will get you a postcard featuring Alex Tsipras, the dashing Greek Prime Minister.

If you are so inclined, an investment of €25 will return a voucher for greek wine (a prize that has already been claimed by 119 benefactors). 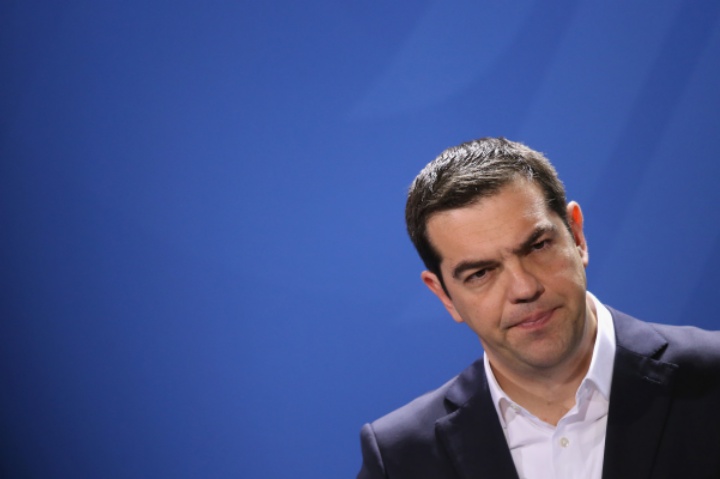 Man dies in the US after being shot by dog

END_OF_DOCUMENT_TOKEN_TO_BE_REPLACED

Londonder Thom Feeney, 29, who is responsible for the account, was originally offering a small Greek island to anyone who was willing to pay the full amount but has since had to retract this offer, as the Greek government would not formally agree to such an arrangement.

So far, over 8000 generous souls have reached into their pockets to donate, and the number is climbing at a rapid rate.

After all, it would be rude not to give something back to the nation that gave us democracy, 300, the most boring international football team to ever win a major tournament, and the genetic code that produced Jennifer Aniston.

popular
Harvard study reveals how many times men should ejaculate each month to stay healthy
Parents left in shock after gorillas start mating in front of kids at zoo
Colin Farrell shouldn't win the Oscar this year
Conor Mcgregor hit by car ‘at full speed’ while cycling
Close call as Paul McCartney tries to pose on Abbey Road crossing
The JOE Friday Pub Quiz: Week 331
Netflix has just added one of the best sci-fi movies of recent years
You may also like
1 week ago
Andrew Tate to remain behind bars for an extra month as Romanian police extend detention
1 week ago
Irish dad dies trying to save 11-year-old daughter from drowning
1 week ago
Food regulator chief compares harm of bringing cake into offices to passive smoking
1 week ago
Man killed and woman paralysed after being trampled by herd of cows in horror stampede
1 week ago
Meghan Markle and Prince Harry respond to Jeremy Clarkson's apology
2 weeks ago
Blue singer Lee Ryan guilty of racially aggravated assault
Next Page