There's been a shooting at an elementary school in California

Reports are emerging that there are several gunshot victims.

The San Bernardino Fire Department has tweeted this evening that there are multiple gunshot victims at the North Park elementary School in California.

Police said two adults were dead and two students injured in what appears to be a murder-suicide at the school in San Bernardino.

Police Chief with Jarrod Burguan has said that two students have been taken to hospital following the shooting.

Two adults are deceased in a classroom, believed to be a murder suicide. We believe the suspect is down and there's no further threat.

We believe this to be a murder suicide. Happened in a class room. Two students have been transported to the hospital.

Reports are still emerging but it's believed 4 victims have been taken to hospital and students have been evacuated to a nearby High School. 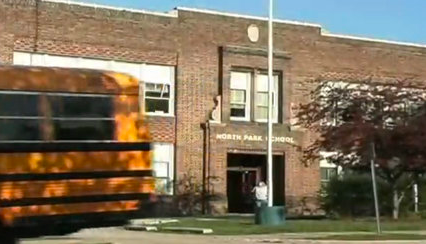 Speaking to the Sun, Maria Garcia, a spokesperson for San Bernardino City Unified, said “One of the victims is a teacher. ... And their condition is unknown.”

Police operations are continuing to secure the area. However, we do believe the threat is down.

popular
Amazon Prime Video has just added 38 very big movies to its library
Ashton Kutcher opens up about rare disease that left him unable to see or walk
The start of the superhero takeover of Hollywood is among the movies on TV tonight
Matt Lucas quits Great British Bake Off role
The Pogues’ Shane MacGowan rushed to hospital
Did you spot the explosive detail in the latest episode of The White Lotus?
Rotten Tomatoes reveals the best reviewed movie of 2022
You may also like
3 days ago
Cruise ship passenger who fell overboard swam in shark-infested waters for 20 hours
3 days ago
Boy, 1, eaten alive by 11-foot crocodile in front of dad on fishing trip
5 days ago
Passenger tries to open door of plane mid-flight while claiming 'Jesus told her to do it'
5 days ago
Woman left confused after DNA test shows child isn't husband's despite her claims that she never cheated
6 days ago
Wealthy foreigners paid to take part in civilian hunting in Bosnia, documentary film alleges
1 week ago
Man fired for not being "fun" at work wins legal battle, nobody has to be fun now
Next Page