Would you name your kid after their grandparent?

It seems traditional Irish 'Grandparent names' could become extinct in the not too distant future according to a survey of parents.

Ahead of Grandparent's Day on 6 October, My Nametags conducted a survey in September 2021, which found that a significant portion of parents are moving away from more traditional baby names for their kids. 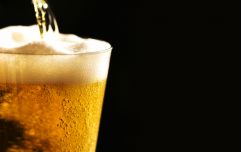 END_OF_DOCUMENT_TOKEN_TO_BE_REPLACED

80% of parents surveyed said that their parent’s opinion didn’t matter when it came to selecting a baby name.

Meanwhile, 64% of those surveyed said that they felt it wasn’t important to keep a name alive by passing it onto their children.

75% of respondents also felt that there is a definite shift away from more traditional names and when asked what names they considered the most traditional the findings were as follows: 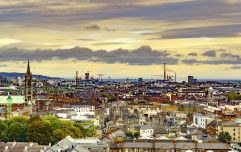 END_OF_DOCUMENT_TOKEN_TO_BE_REPLACED

However, while there may be a shift in terms of first names, the survey also revealed that 71% of parents still choose their parents or grandparent’s name as a second name for their child.

So while it would appear that we could soon find names such as Mary, Brigid, John and Michael being used less and less, they will still be a common middle name for the foreseeable anyways.

"We love discovering what people’s thoughts are on names and especially the move from traditional to more modern names that we have seen more and more in recent years," Lars B. Andersen, Founder of My Nametags said on Thursday.

"While traditional grandparent names may not be selected for first names for children so much anymore it is great to see that they are not being completely forgotten," B. Anderson added.

popular
Government advising schools and third level institutions to close in counties with orange or red weather warnings ahead of Storm Barra
Carlow woman banned from keeping animals for life after starving dogs to death
"Danger to life" risk with Storm Barra "weather bomb", warns Met Éireann
An underseen Keanu Reeves adventure is among the movies on TV tonight
Man dies after being attacked by newly calved cow in Mayo
Status Red and Status Orange warnings issued for multiple counties ahead of Storm Barra
The JOE Movie Quiz: Week 131
You may also like
4 days ago
Here's the line-up for this week's episode of The Late Late Show
5 days ago
Game of Thrones Studio Tour will open in Ireland in February 2022
3 weeks ago
Young fan Ronaldo gave his jersey to has another dream come true
3 weeks ago
FAI confirms young fan Ronaldo gave his jersey to "will not face any fine"
3 weeks ago
Young fan Ronaldo gave his jersey to reveals what he said to her
1 month ago
CONFIRMED: Nightclubs to open at 100% capacity, 11.30pm curfew has been removed
Next Page