Two Dublin train stations to close for renovation this weekend

Iarnród Éireann has reminded the public that two of Dublin's busiest DART stations are set to close this weekend.

Pearse Station and its neighbouring Tara Street Station are set to close on 23 February and 24 February, as roof works will commence at Pearse Street. 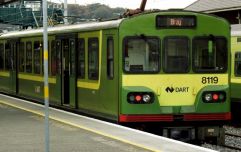 END_OF_DOCUMENT_TOKEN_TO_BE_REPLACED

The renovations will have knock-on effects for several commuters. The DART will be suspended between Connolly & Grand Canal Dock, meaning that DARTS will only operate between Howth/Malahide and Connolly; and between Grand Canal Dock and Greystones.

Similarly, there will be bus transfers in place between Connolly & Bray for the Dublin/Rosslare train. 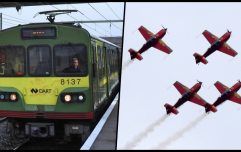 END_OF_DOCUMENT_TOKEN_TO_BE_REPLACED

The roof above Pearse Station has stood since the 19th century. A statement from Iarnród Éireann explains: "The roof structure, which dates from the 1880s, is in poor condition, and protective mesh netting has been in place in the station below roof level in recent years to protect customers and rail services, due to the corrosion which has occurred.

"Its replacement has been identified by Iarnród Éireann as a crucial safety project."

Further weekend works will take place on 9 March, and 13/14 April. Full details about the project can be found here.

popular
Here's how to make €9-11 on Revolut in just a few minutes
Green Party representative calls for a temporary ban of stag and hen parties in Ireland
Off-duty Garda arrested in Tipperary on suspicion of drink driving
Pop Idol star Darius Campbell Danesh has died, aged 41
QUIZ: You won't be able to correctly guess the meaning of all these words
Dublin Bus passenger assaulted in suspected homophobic attack
Murder investigation launched following death of 75-year-old woman in Kerry
You may also like
3 months ago
Irish Rail will no longer provide on-board snack options for foreseeable future
3 months ago
Irish Rail to create 160 jobs in the coming weeks
4 months ago
Bus and train fares to be reduced by 20%
5 months ago
Everything you need to know about travelling by train this Saint Patrick's weekend
7 months ago
Multiple train services cancelled this week due to Covid-related staff absence
2 years ago
Public transport services to continue as normal following widespread closures
Next Page