"A short period of enhanced restrictions may well be necessary in January or February, though we should try and avoid it being a prolonged one."

Leo Varadkar has said that a "short period" of lockdown restrictions may be needed in January or February, and that the Government should ease restrictions on 1 December.

Ireland is due to exit Level 5 on 1 December, though it is unclear in what capacity that will be just yet. 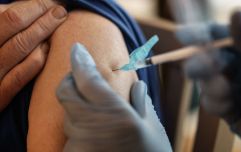 END_OF_DOCUMENT_TOKEN_TO_BE_REPLACED

Speaking in the Dáil on Tuesday, Varadkar said that we should ease restrictions next week, but not to the extent that it results in us returning to Level 4 or 5 for a "prolonged period" in the new year.

He said: "A short, third period of enhanced restrictions may well be necessary in January or February, though we should try and avoid it being a prolonged one."

He also said our current strategy of suppression could be described as "delay and vaccinate", and that we're not too far away from seeing that succeed.

"When we vaccinate those most at risk, like nursing home residents and healthcare workers, we will change the calculus for future decision making.

"It will reduce the R number, case numbers and mortality rates."

Also speaking to the Dáil, Minister for Health Stephen Donnelly said that we have conducted 1.8 million Covid tests in Ireland up to now.

The Big Reviewski || JOE · Wonder Woman 1984 star Kristen Wiig & director Patty Jenkins on comedy, Cats & handsome Irishmen
popular
QUIZ: Can you name the Marvel Cinematic Universe film from just a single screen shot?
QUIZ: Can you pass your driving test and guess the meaning of all these road signs?
QUIZ: Can you recognise each of these iconic Dublin pubs?
Recall of Pedigree dog food over safety concerns
The JOE Friday Pub Quiz: Week 226
QUIZ: Can you correctly identify these European country flags?
QUIZ: Can you guess the drink from its can?
You may also like
2 days ago
Covid-19 hospital cases continue to rise despite some "hopeful trends"
2 days ago
28 more people with Covid-19 have died, 3,955 new cases
2 days ago
Gardaí fine three people for driving 80km to get a takeaway during Covid restrictions
2 days ago
77,303 Covid-19 vaccines have been administered in Ireland to date
3 days ago
Up to four million people in Ireland could be vaccinated by end of September
3 days ago
Leo Varadkar says over 40,000 Covid vaccines will be given out this week
Next Page