WATCH: Channel 4's Cambridge Analytica documentary is an eye-opening look at the business of election influencing

"An online information war where unseen hands harvest your personal data, tapping into your hopes and fears for the greatest political yield."

An undercover investigation by Channel 4 News has accused British data analytics firm Cambridge Analytica of secretly campaigning in elections across the world.

In a documentary aired on Channel 4 on Monday night, high-profile figures from Cambridge Analytica were filmed discussing the use of bribes, ex-spies, fake IDs and sex workers to influence elections. 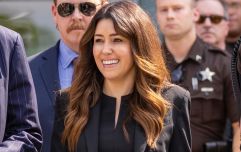 END_OF_DOCUMENT_TOKEN_TO_BE_REPLACED

An undercover reporter posed as a Sri Lankan businessman with the story that he wished to influence a local election.

Cambridge Analytica CEO Alexander Nix was apparently filmed detailing examples of his company's ability to discredit political rivals via smear campaigns, including arranging encounters with sex workers and staging scenarios in which bribery could be caught on camera.

In one exchange, Managing Director of CA Political Global Mark Turnbull outlines how data can be used to influence the public:

"We just put information into the bloodstream of the internet, and then, and then watch it grow, give it a little push every now and again… like a remote control," he said.

You can watch the documentary in full below. 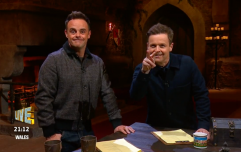 END_OF_DOCUMENT_TOKEN_TO_BE_REPLACED

The Channel 4 doc arrives just days after an Observer exposé revealed that 50 million Facebook profiles were harvested for Cambridge Analytica.

For their part, Cambridge Analytica has hit back at Channel 4 since the airing of the documentary.

In a statement issued to CNN on Monday night, the company said that the production was "edited and scripted to grossly misrepresent the nature of those conversations and how the company conducts its business."

Elsewhere, an official press release strongly rejects the allegations made by the documentary.

“In playing along with this line of conversation, and partly to spare our ‘client’ from embarrassment, we entertained a series of ludicrous hypothetical scenarios," said Cambridge Analytica CEO Alexander Nix.

"I am aware how this looks, but it is simply not the case. I must emphatically state that Cambridge Analytica does not condone or engage in entrapment, bribes or so-called ‘honeytraps’, and nor does it use untrue material for any purpose.

“I deeply regret my role in the meeting and I have already apologised to staff. I should have recognised where the prospective client was taking our conversations and ended the relationship sooner.”

popular
QUIZ: Can you get top marks in this short but tricky Irish geography quiz?
Nearly 100 flights delayed at Dublin Airport on Monday
Family of Ashling Murphy share heartbreaking tribute at Fleadh Cheoil
The 50 most iconic songs of all time* have been revealed
The Resort is the new must-watch for fans of big murder mysteries
4-year-old girl killed in Sligo caravan park named as Alice Dunleavy
RTÉ tries to solve Michael Collins murder in new documentary
You may also like
18 hours ago
Two long-thought-dead Marvel projects appear to be in the works
3 days ago
This new true-life disaster show is being called one of the grimmest, bleakest shows ever made
3 days ago
All the new releases coming to Netflix, Prime Video, Disney+ and cinemas in August
4 days ago
An "unadaptable" adaptation and 8 more new movies & shows to watch this weekend
5 days ago
Netflix reveals full line-up of new shows and movies arriving in August
5 days ago
Amazon Prime Video has just added 27 big movies to its library
Next Page