Definitely a contender for the most bizarre rugby picture of the year...

Rugby can often be a photographer’s dream in that it tends to throw up some wonderful pictures, often by accident, as was the case during the Connacht v Zebre Heineken Cup clash today.

We imagine that Zebre’s David Odiete and Connacht’s Matt Healy were contesting a Garryowen and that Odiete was primed for a fairly nasty fall on his backside in the scene below, which was captured by Inpho’s James Crombie, but their body positions as well as the surprised looks on their faces suggests that they’ve either just discovered the power of levitation or that they were being beamed up into space by an unseen spaceship above. 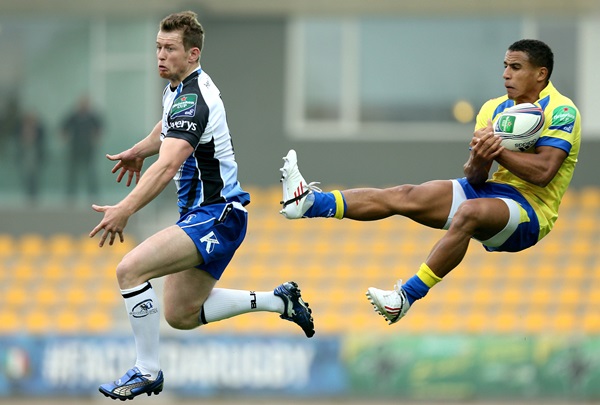 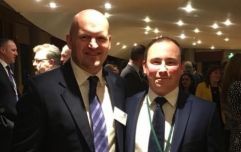 END_OF_DOCUMENT_TOKEN_TO_BE_REPLACED

Thanfully, none such supernatural activity occurred and as things stand, it looks like it’s going to be good day at the office for the Westerners, who led 19-3 at the break thanks to a try from George Naoupu and 14 points from the boot of Dan Parks, setting them up nicely to get back on track with a win after the narrow defeat to Saracens last weekend.

popular
The JOE Friday Pub Quiz: Week 308
Pilots fly over destination airport at 37,000 feet because they were both sleeping
Passenger plane dropped 1,200 feet in a minute without pilots noticing
Netflix has just added 23 very big movies to its library
Two Irish people arrested in "smuggling event" near Miami
Multiple fatalities after planes collide mid-air over California airport
Here's how to make €9-11 on Revolut in just a few minutes
You may also like
5 months ago
Every Guinness fan needs to try these brand new experimental beers
6 months ago
"Samaritans saved my life" - Brent Pope praised for honest interview on Tommy Tiernan Show
9 months ago
QUIZ: How well do you know these famous Ireland players?
1 year ago
"You want to prove them wrong, even if they're not telling the right story" - Conor Murray
1 year ago
Four Irish players propelled into Lions debate after England hiding
1 year ago
Craig Casey and Johnny Sexton combination backed for Italy clash
Next Page