Steve's heroism has provided some hope on a terrible day.

In such uncertain times, there's one thing that's reassuring and it's an old adage that every single person has heard from their parents.

'No good deed goes unrewarded' and after hearing the heroism, kindness and decency that this gentleman named Steve showed in Manchester, we're delighted to say that this touching story will have a happy ending, especially on this day of despair and sadness. 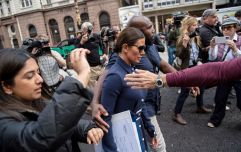 END_OF_DOCUMENT_TOKEN_TO_BE_REPLACED

As you may have seen, Steve's personal account of helping those in need after the fatal attacks on the Manchester Arena has been widely embraced by the British public.

Yet again, we're stressing the fact that so many people have been heroes in the aftermath of such a horrific event - NHS staff, taxi drivers, police officers, paramedics, 'normal' members of the public - but Steve's act of kindness and decency has resonated with everyone that heard it because it undoubtedly provided some degree of hope and optimism during these difficult times.

West Ham co-owner David Sullivan was a guest on BBC Radio 5 where he made a public appeal to find Steve because he wanted to provide him with some free shelter and a bit of money "to help him out."

In what's a magnificent display of the benefits that social media has - along with unbreakable sense of community, compassion and human kindness that the public has - Steve has been found and we wish him the very best.

David Sullivan Jr has confirmed the news, which was also shared via the West Ham United official Twitter account.