<h3>Another reason not to like the man.</h3>
Heading to America on a J-1 visa has been a rite of passage for thousands of Irish people down through the years but if Donald Trump has his way, it'll be a thing of the past.

The billionaire and Republican presidential candidate says he'll scrap the program if he makes it into the White House in the next election. 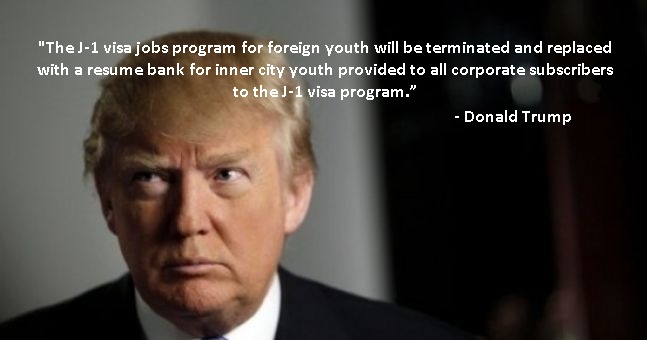 JOE reader Kevin McShane says, "I'm from Dundalk, went to DIT and I was on two J1s. I'm now a legal resident in the states. I can't image a college life without a J1."

We imagine that's the sentiment from every Irish person who's ever been on a J-1.