Being from Northern Ireland is hard, but being my shade of Irish is harder again.

END_OF_DOCUMENT_TOKEN_TO_BE_REPLACED

We have quite the legacy of institutionalised discrimination, sectarian gangsters and decades of bombing our Irish brothers, republican and unionist.

We live in a society that can break into a rash of reaction and rioting as naturally as a Joe Brolly freak out.

Our politicians, a right shower, make Marty Morrissey look like George Clooney. The 1998 Peace Agreement has silenced the guns but enshrined sectarianism. 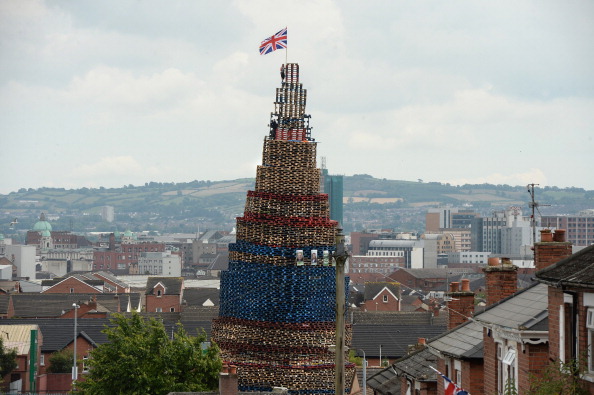 END_OF_DOCUMENT_TOKEN_TO_BE_REPLACED

As we squabble and indulge our vanities in the smallest differences, all the world holds us in blazing contempt, straining to look and wish us away. We have a serious image problem.

Take the 12th of July for instance.

That annual occasion when beknighted Belfast is guaranteed to be broadcast across the globe as some member of a Protestant-Christian fraternal organisation is surveilled battering an officer of the law with a ceremonial sword and shards of masonry (quite likely Buckfast in hand).

To put all your narrator in context, here's some history on me. 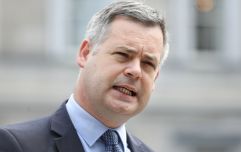 END_OF_DOCUMENT_TOKEN_TO_BE_REPLACED

Being from Northern Ireland is hard, but being my shade of Irish is a little harder again you could say, being a Northern protestant (atheist), with all the baggage that comes with that. The Orange Man's burden.

Not that I'm an Orangeman, in a fraternal organisation, a band or anything like that. I come from a scrupulously apathetic, staunchly middle-class protestant home.

I'm like Bushmills (where my dad's family are from), I'm British and Irish. Growing up I watched Keith Wood and Irish rugby with all the zeal of a patriot, and in the summer watched parades with passive interest. 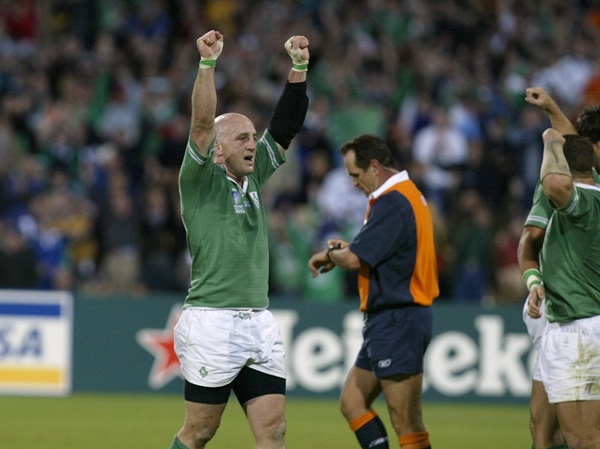 The 12th of July and all the bonfires, Lambegs and pageantry was very much part of my Irish protestant life and way of culture, albeit from a distance. I spectated, didn't participate.

My tradition was a very, very, very pale Orange one.

Two of my great-grandfathers signed the Ulster Covenant, a proclamation pledging loyalty to the Crown and Union signed in 1912 by over 237,368 men and 234,046 women.

My mild affection for the 12th contrasts with my Northern Catholic doppelgängers, where they flee South or abroad as cultural refugees. 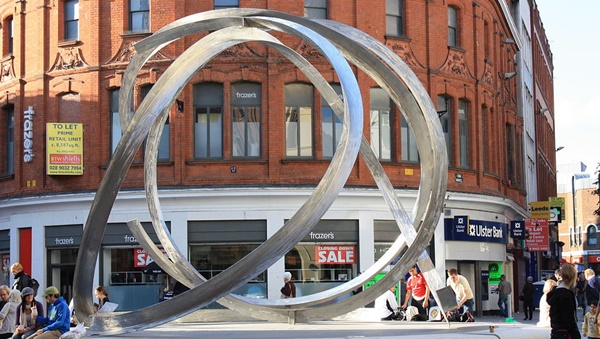 Talking of that demographic - middle-class Protestant and Catholic - there are two worlds in Northern Ireland. One is a world every bit as progressive as contemporary Dublin, metropolitan, chic, bourgeois. The other is like a different country, they do things very differently, like a living museum, the ancient antagonisms of centuries past played out every day.

Unfortunately the living anachronisms dictate the mood and perceptions of Northern Ireland.

Flags go up and middle-class heads go down, safer that way. But I say we're guilty of culpable neglect, the sin of looking the other way.

I quickly learnt growing up, as I did in Belfast's answer to D4, that these parades and bonfires were a bit dodgy. In the City Centre there was more drink consumed than a Paddy's Day in Boston, and a commensurate degeneration in conduct by spectators and paraders. 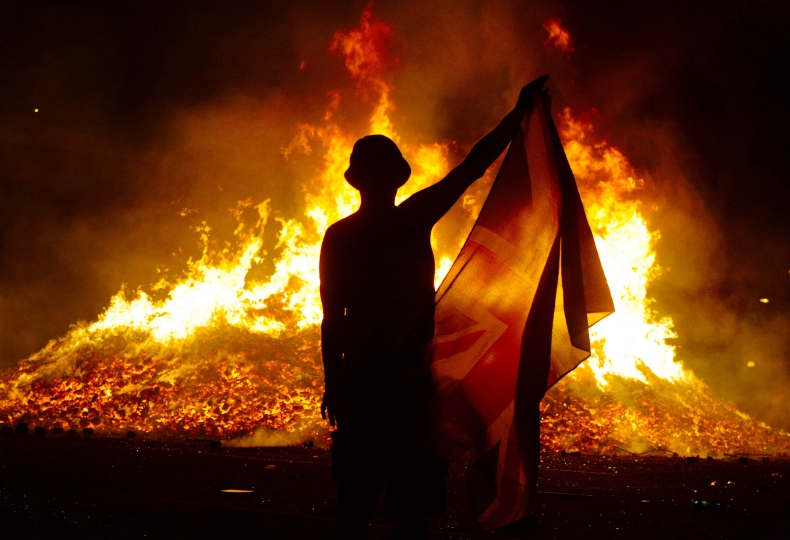 The 11th night bonfires purport to celebrate culture but ostentatiously denigrate other cultures through burning flags, such as the Irish tricolour, the Polish national flag and emblems of other insufficiently loyal communities.

Famous Irish essayist Conor Cruise O'Brien got a famous digging for once clapping at an Orange order speech.

The Twelfth, it's like the Kentucky Derby as described by Hunter S. Thompson - "decadent and depraved," and deranged. Like downtown Ibiza, boozed-up Irish-Brits at home. An Appleby Fair for angry prods.

Not so much Glorious, as the Inglorious Twelfth. It's something you have to see for yourself.

But like Northern Ireland, there are two 12ths. Like Ireland, there is caricature and stage Irishman, and then, the completely everyday. The inglorious Twelfth is the one the TV cameras make you see. 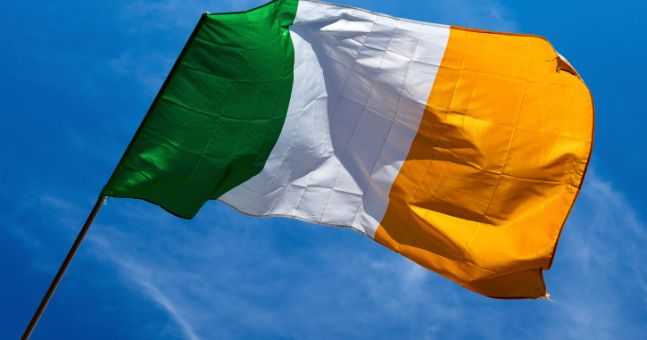 James Connolly, leader of the Easter Rising of 1916, gave what I regard as a pretty precise analysis of the 12th, which he called the "great and glorious festival." He wrote about the Battle of the Boyne celebrations in July 1913, three years before his execution.

"It isn't universally wrong or fundamentally bad, it has a plurality of habits, tasteful and distasteful and a minority bring the majority into disgrace."

Following Connolly's example it would be wrong of me and wrong of many to discard the 12th July and all its participants as irrevocably ill.

Some of the parades and processions are full of dignity, piety and respect. The rural parades are spectacle I want the world to see.

Unfortunately these public exhibitions, the grand majority, don't make an impression on tourists or the media.

Some people want to do away with the whole tradition, not me. I want to embrace the 12th and tackle and reform the worst excesses.

The Southern Irish should do the same, come see the event, we do after all put the Orange in the tricolour. 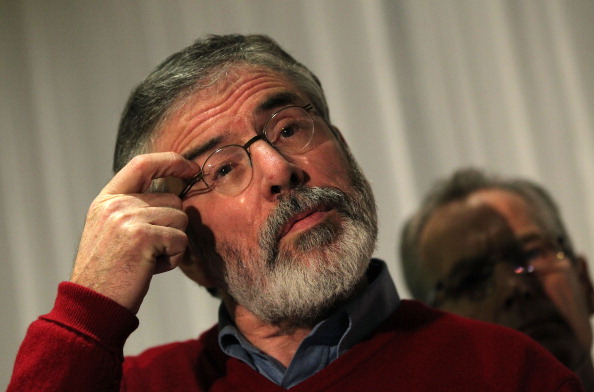 Mary McAleese said you can be Irish and Orange, even Gerry Adams has said so.

W.B. Yeats wrote: "I think we should accept the whole past of this Irish nation, and not pick and choose." To use a Yeatsian term, the 12th and everything around it is a "terrible beauty".

And that's what we Irish do, passion in all its authentic uglyness. Scorn not our simplicity, embrace us Nordies - Green and Orange.

The Big Reviewski || JOE · The Big Reviewski with Andy Serkis, Squid Game follow-ups & the return of Succession
popular
The JOE Friday Pub Quiz: Week 265
PICS: The man with the biggest penis in the world has one unbelievable problem with it
The 50 most iconic songs of all time* have been revealed
Ryanair is seeking applicants for "the worst job in Ireland"
A scene by scene analysis of the most uncomfortable moment in Come Dine With Me history
Warning after person has bank account cleared out hours after scam text
People think they've figured out the ranking of the viewers on your Instagram Stories
You may also like
2 days ago
Dominic Cummings claims UK government always intended to "ditch" Northern Ireland protocol
1 week ago
Northern Ireland has no plans to ban under 18s from getting dermal fillers
1 week ago
Derry ice-cream shop apologises for logo's "striking resemblance" to Parachute Regiment’s insignia
2 weeks ago
The ongoing shortage of clowns in Ireland is now a serious problem for employers
3 weeks ago
President Biden warns trade deal must not derail peace in Northern Ireland
1 month ago
Boris Johnson's plan to build tunnel between Northern Ireland and Scotland reportedly "dead"
Next Page