Nothing wrong with a bit of old fashioned competition...

Carphone Warehouse is set to launch its own mobile network in Ireland called ID Mobile in the coming weeks that could save bill payers up to €166 per year.

According to a report by mobile comparison site Killbiller.com, the new network will be cheaper to use for 7 out of 10 people in Ireland than their current monthly plan.

ID Mobile will run on the Three network but will offer users much more competitive prices on the 4G platform than the current ones for many Irish customers. 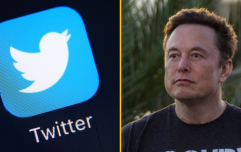 END_OF_DOCUMENT_TOKEN_TO_BE_REPLACED

The report also outlines that other companies will lower their prices in response to the injection of a new competitor into the mobile network market.

Tesco Mobile are the cheapest overall operator in the Irish Market when 3G plans are included, and will remain so after the ID launch.

ID Mobile are planning to target 6 per cent of the Irish market over the next 6 years which will amount to over 290,000 people.

You can read the full report from KillBiller.com here.

Hat-tip to the Irish Independent.

popular
Simon Cowell concerns fans with appearance as they 'don't recognise him'
Junior doctor 'fell asleep' at the wheel after 12-hour shift then mowed down two women and two kids
An Oscar Best Picture winner is one of the movies on TV tonight
Netflix has just added 30 big movies to its library
Starbucks worker breaks down in tears after they're scheduled to work 8 hours
Woman left confused after DNA test shows child isn't husband's despite her claims that she never cheated
One of the best movies of the decade has just been added to Netflix
You may also like
2 weeks ago
REVIEW: Samsung's S95B QD OLED TV is quite the sight to behold
1 month ago
REVIEW: The Google Pixel 7 Pro is top of the class for its camera
2 months ago
How Twitter is changing gaming as we know it
2 months ago
WATCH: Apple's iPhone 14 event featured some creepy teases for Severance Season 2
3 months ago
WhatsApp introduces way to choose who can and can't see you're online
4 months ago
Instagram walks back on recent changes that you all hate
Next Page