The unedited footage featured the audience laughing at Boris Johnson as he talked about "truth".

Boris Johnson appeared on BBC's Question Time last week, when he was asked about how important it is for people in power to tell the truth.

As he began to answer the question, the audience laughed at Johnson and the clip was subsequently shared widely on social media. 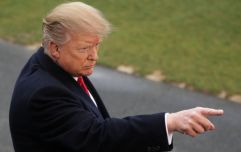 END_OF_DOCUMENT_TOKEN_TO_BE_REPLACED

But when the clip was officially posted by BBC the following day on a lunchtime news bulletin, the laughter was absent from a cut-down version.

The BBC has since apologised for editing the clip, claiming that it was changed for timing reasons and to edit out a repetitious phrase.

"This clip from the BBC's Question Time special, which was played out in full on the News at Ten on Friday evening and on other outlets, was shortened for timing reasons on Saturday's lunchtime bulletin, to edit out a repetitious phrase from Boris Johnson," the BBC said in a statement.

"However, in doing so we also edited out laughter from the audience. Although there was absolutely no intention to mislead, we accept this was a mistake on our part, as it didn't reflect the full reaction to Boris Johnson's answer.

"We did not alter the soundtrack or image in any way apart from this edit, contrary to some claims on social media."

The apology from the BBC comes less than a month after the broadcaster apologised for sharing a clip of Johnson purporting to show him laying a wreath on Remembrance Day this year, when, in fact, it was from 2016.

The Big Reviewski || JOE · The Big Reviewski with Dune, a mini-Hangover reunion & the best of Timothée Chalamet
popular
One of the best thrillers of the decade is among the movies on TV tonight
The JOE Movie Quiz: Week 125
"Like a whip" – director describes fatal shooting on Alec Baldwin film set
QUIZ: Get the ball rolling with this General Knowledge Quiz
The full list of all the new shows and movies coming to Netflix in November
A brilliant, under-seen Graham Taylor documentary is on TV tonight
The JOE Friday Pub Quiz: Week 266
You may also like
6 days ago
The 100 greatest TV shows of the 21st century have been revealed
1 month ago
BBC reporter Phil McCann responds after going viral
1 month ago
BBC reporter covering petrol shortage called Phil McCann
4 months ago
A BBC documentary on the Peru Two is coming next month
4 months ago
Mrs Brown's Boys chat show cancelled this year due to Covid
4 months ago
BBC journalist shouted at and chased by anti-lockdown protesters
Next Page