Donald Trump's Twitter account is arguably the most controversial and most talked-about account on the social media platform, so it is understandable why he has such a huge Twitter following (being the president of the United States probably helps too).

As of Tuesday evening, Trump had 31 million followers on Twitter and while that seems like nothing to report home about for one of the most famous people on the planet, his following has jumped by five million in the last couple of days.

Five million in a few days is quite a lot of new followers and it turns out that many of Trump's recent followers may not actually be real people. 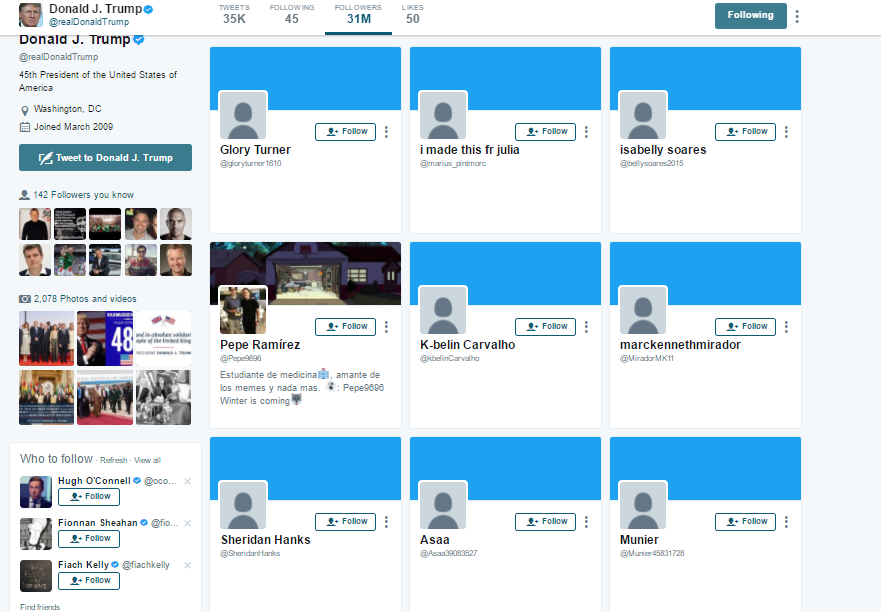 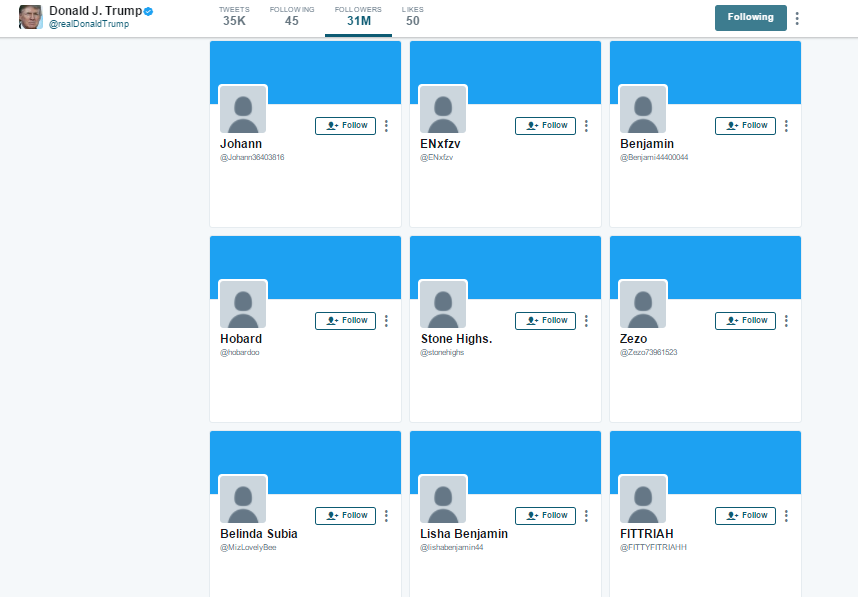 Scrolling through Trump's latest followers, you will be greeted with pages upon pages of accounts with no pictures, no followers, no posts and rather strange names.

Also, these accounts were only created in May 2017.

It would be very time consuming to investigate every single follower that Trump has, but according to Twitter Audit, almost half of his 31 million followers are in fact fake. 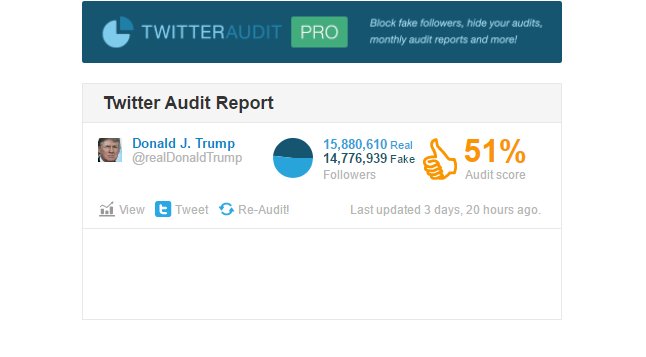 END_OF_DOCUMENT_TOKEN_TO_BE_REPLACED

Each audit takes a sample of up to 5,000 Twitter followers for a user and calculates a score for each follower. This score is based on the number of tweets, date of the last tweet and ratio of followers to friends. Therefore, it could be just a case that the audit had under 2,500 of fake accounts in their sample.

Maybe it's a plot by Trump to overtake former President Barack Obama, who is sitting pretty on Twitter with 89 million followers.

Nearly there Donald, 31 million down, 58 million to go.

The Big Reviewski || JOE · The Big Reviewski with Ray Liotta, Goodfellas facts & Tom Hanks making us cry
popular
Four major employers join forces to create Ireland’s first remote working alliance
Netflix has just added arguably the very worst movie of the last decade
Up to 90% of petrol stations in the UK have run dry
Here’s what graduates from Irish colleges can expect to earn in the workplace
Netflix reveals sequels to some of their biggest shows and movies
Plans for new bank holiday now at an "advanced stage"
The JOE Movie Quiz: Week 121
You may also like
1 week ago
The US travel ban looks set to be lifted for vaccinated EU passengers
4 months ago
Donald Trump will not be allowed back on Facebook or Instagram
4 months ago
Donald Trump "100%" thinking of running for US President again in 2024
6 months ago
Donald Trump is reportedly creating his own social media platform
8 months ago
Joe Exotic fails to receive pardon from US president Donald Trump
8 months ago
Pardonpalooza: Donald Trump planning 100 pardons on last day of presidency
Next Page