Fianna Fáil gets off on the wrong foot, especially with their own crybabies

After months of God knows what, Ireland's new coalition government made up of old centre-right rivals Fianna Fáil and Fine Gael, as well as the Green Party, was voted in last weekend. New Taoiseach Micheál Martin was confirmed, popped in the microwave and left to rotate until December 2022, at which point it will ding and he will be replaced by Leo Varadkar once again.

It's a strange new situation for Ireland, and we've been forced into it by the reality that we don't really like any of our political parties. With that in mind, it's no surprise that plenty of people are dissatisfied with the new arrangement.

END_OF_DOCUMENT_TOKEN_TO_BE_REPLACED

It is, however, a little more surprising that the most vocally displeased are Fianna Fáil's own TDs, who have waited nine years to be back in power.

Jim O'Callaghan was offered a junior ministry but wouldn't take it, saying the party needed "strong voices outside government," which seems to me like it defeats the purpose of running for election in the first place.

Michael Moynihan was thinking of the big picture when he said "Micheál Martin has insulted both me and my community," by not giving him a seat at the grown-up table. It's not about him, think of the poor people of Cork! If only there were some other Cork man in high office they could turn to.

These feelings were echoed by moustachioed favourite Willie O'Dea, who tweeted: "I am bitterly disappointed for the people of Limerick that the third city of the Republic and economic driver of the Mid-West has been completely overlooked for either senior or Junior Ministerial appointments.

"I have been inundated with messages from people who feel let down and grossly insulted."

I am bitterly disappointed for the people of Limerick that the 3rd city of the Republic and economic driver of the Mid-West has been completely overlooked for either senior or Junior Ministerial appointments. I have been inundated with messages from people who feel let down (1/2)

END_OF_DOCUMENT_TOKEN_TO_BE_REPLACED

Don't get me wrong, I also think it's an insult to me and Ireland as a nation when People Magazine failed to name me Sexiest Man of the Year for the ninth year running, but I didn't go crying to my local radio station about it. Something about the way Fianna Fáil have reacted seems kind of entitled? Whiny? Childish? Insufferable and delusional?

They surely miss the rush of power, but we all miss the early 2000s. We all wish we were still 15, listening to 'Fascination' by Alphabeat and watching Skins, buying skinny jeans in Topman and thinking "At least if the economy collapses then Fianna Fáil will know what to do."

But guess what? Alphabeat are gone (as far as I know), Lehman Brothers did collapse, we bailed out our banks and ushered in a decade of austerity, and it all happened under Fianna Fáil's nose. Calleary was in the cabinet then. O'Dea was in the cabinet then. Micheál Martin was a minister and Moynihan was a TD. How well did they represent their communities when the country they led fell to pieces? 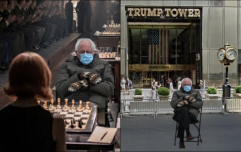 END_OF_DOCUMENT_TOKEN_TO_BE_REPLACED

Back to the here and now, Mary Butler has been appointed as junior minister with responsibility for mental health. It's a profoundly out-of-touch appointment, to the point that it's almost actively inflammatory. Butler was one of the more vocal anti-Repeal TDs, a landmark issue of Irish politics during her time in office - if not the landmark health issue of the past 10 years.

She appeared on television to debate against the idea, she actively voted against even having a referendum, and, in the end, her side lost in a 2:1 landslide. The same is also true of Norma Foley, a first time TD who used her position on Kerry County Council to advocate for a 'No' vote. She is now the Minister for Education. 88% of voters between the ages of 18-24 voted 'Yes.'

No issue is the be all and end all, and nobody is questioning the general competence or intelligence of Butler or Foley, but for them to be aggressively out of step on a defining issue of the last three years suggests that as the country pushes one way, Fianna Fáil is pushing back.

Darragh O'Brien, for example, who takes over the housing brief from Eoghan Murphy, will be hard pushed to do any worse than his predecessor. But even he played the fool on Morning Ireland on Thursday when asked about co-living spaces, saying dismissively that none had yet been built, even though plenty are under construction and available to pre-rent, making O'Brien's response at best irrelevant and at worst uncaring. 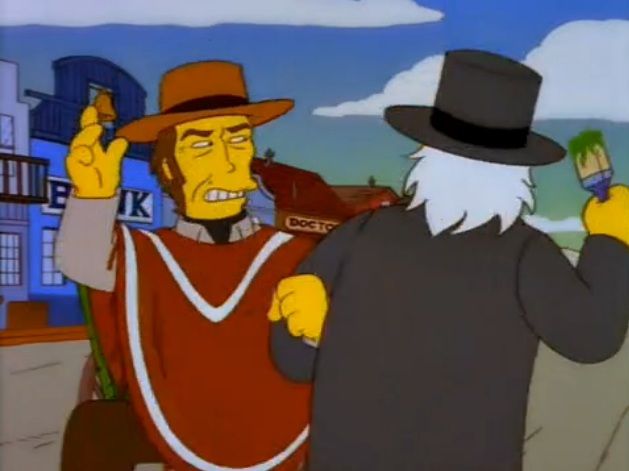 Which brings me to the most important points of all. Fianna Fáil were already off to a bad start with the rest of us. They're polling so poorly you'd almost be forgiven for thinking we were back in the middle of the financial crisis. Their Taoiseach is temporary at best, and they have just 37 seats — taking up less than a quarter of Dáil Éireann.

And now, whatever attempt they've made to circle the wagons has led to the wagons crashing into one another at alarming speed, horses tangled up and paint-jobs requiring immediate attention from Lee Marvin and Clint Eastwood.

Before talking about what various Fianna Fáil's footmen and frogmen are entitled to, we should be looking long and hard at what the Irish people are entitled to. Homes would be a fine start. Easy access to healthcare would be another, you'd think.

Maybe even a government focused on what it offers the people, rather than what it offers individual Fianna Fáil backbenchers who feel they've waited long enough for a pay rise and a promotion.

popular
Penneys issue statement after shoppers try to sell appointments for €100
Man in his late 70s dies after fatal road collision in Westmeath
Man arrested after walking into Garda Station, spraying petrol on Gardaí and attempting to light it
Paul Murphy says there will be 2014-style mass protests if the Government re-introduce water charges
Met Éireann forecasts thunder, hail, and risk of spot flooding over next two days
This bird looks a little bit like Michael D Higgins, and he agrees
The 50 most iconic songs of all time* have been revealed
You may also like
1 week ago
TD Mattie McGrath compares Ireland to "Nazi Hitler's time" after protest denied by Gardaí
1 week ago
Micheál Martin refuses to confirm pandemic support payments will continue past June
3 weeks ago
Robert Watt temporarily waives €81,000 salary increase as new Department of Health role confirmed
1 month ago
Joe Biden's dog Major has bitten another White House employee
1 month ago
Joe Brolly "taken off air" during Claire Byrne Live debate on Monday night
1 month ago
Joe Biden allocates $86 million to rehouse migrant families in hotels
Next Page