All of Ireland's political parties are profoundly unpopular

Ireland doesn't really want anyone to be the next Taoiseach.

With just 24 days to prepare for a general election - Ireland's first in four years, and the first since Leo Varadkar became Taoiseach - there isn't much time to become an expert on the issues, on who stands for what, or to process what this election means for the future of Ireland.

Despite this uncertainty, it seems inconceivable that this year's election will end in anything but a hung Dáil.

For more than a month now, Fine Gael have been joint top of the polls with just 27%. Fianna Fáil have hovered around that same mark for more than a year, and have struggled with little effect to ever exceed the 30% mark.

Which means one thing: the average Irish person does not like the next Taoiseach, the next cabinet and the next government.

No matter which party you vote for, an overwhelming majority of Irish people will vote for someone else. No matter who 'wins' the election, Ireland's next government will have far more opponents than supporters.

The only solution to this problem will be a coalition, and probably quite a varied one at that. Right now, the likelihood is that either Fianna Fáil or Fine Gael will get around one-third of the seats available, and then we'll enter a long period of watching them cobble together a coalition with the also-rans.

Complicating matters further, Ireland's third-most popular party, Sinn Féin, share a natural and resolute enmity with Fianna Fáil and Fine Gael. Sinn Féin have never served in government before, and while they are perhaps better placed than ever, both of the parties they are chasing have ruled out a coalition. 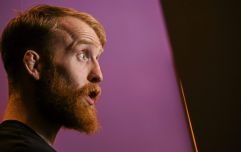 END_OF_DOCUMENT_TOKEN_TO_BE_REPLACED

Polling suggests that no other party could possibly pick up enough seats to make up the difference by themselves.

Some, like PBP-AAA are small enough and new enough that it seems unfair to consider them "unpopular" as opposed to "unknown". Soc Dems, founded five years ago, might also fall into this more forgiving (but no less electorally doomed) category.

But then you have a party like Labour. In the 2011 election, Labour won an all-time high of 37 seats. So unpopular was their time as Fine Gael's junior coalition member that five years later they lost all but seven of those seats. Since then, the party has shown virtually no signs of life and has forfeited its role as a serious voice of opposition.

A similar fate befell the Greens after their coalition with Fianna Fáil saw them totally wiped out in 2011. They clambered two seats back in 2016 and have three now thanks to a recent by-election.

Thanks to a renewed focus on climate issues, they look as popular as they have since 2006. A Green Wave saw large local authority and European presence for the party, but whether they'll meaningfully increase on their low number of seats in Dáil Éireann remains to be seen.

An optimistic reading of the polls for either Labour or the Greens is that 19 out of 20 people do not want to vote for them.

Compared to almost any other parliament in the world, Ireland has a preposterous percentage of Independents.

Of Ireland's 157 seats, 22 belong to Independents (as well as Joan Collins, who is under the banner of Independents 4 Change). By comparison, of the 650 seats in the House of Commons, just one is held by an Independent. In Spain's Cortes Generales, there are none. Germany's Bundestag has four Independents... out of 709 possible seats.

Ireland's high density of Independents is perhaps the best illustration of how parish-pump politics still dominate the Irish landscape. TDs like the Healy-Raes can be assured of their seat despite an overt prioritisation of local issues over national concerns.

It's for this reason that the current government has no fewer than three Cabinet ministers who are Independents, even though they (Katherine Zappone, Shane Ross and Finian McGrath) cannot claim a mandate beyond their own constituency.

Combined, Ireland's Independents are consistently more popular than the Greens, Labour, PBP-AAA or the Social Democrats — the kind of parties with national healthcare plans, housing plans and education plans... but nowhere near the number of seats to actually implement them. Independents don't need solutions to national problems, because it's not the nation who's voting for them.

The success of Independents viewed from a different angle is simply the abject failure of party politics. For the last four years, Ireland has been governed by an unpopular party propped up by their oldest enemies, who are even less popular, and especially unpopular with the unpopular party they're propping up.

Craziest of all: as we head into the next election, that same confidence & supply arrangement (or a switcharoo where Fine Gael prop up Fianna Fáil), is among the most straightforward possible outcomes. Which should give you an idea how goddamn not straightforward this is going to be.

Ireland doesn't want anyone to win. We're probably going to get our wish.


popular
Here are Ireland’s favourite takeaways, as per the National Takeaway Awards
Seven leaders announced for RTÉ's multi-party debate
TG4 to air a documentary on Ireland's homeless crisis this evening
Met Éireann forecasts risk of sleet and possibly snow in parts of Ireland this weekend
Eddie Rocket’s are giving away free kids meals this Friday
QUIZ: Week 16 of JOE's 19 in 90 quickfire quiz is here
Disney+ has brought forward its launch date in Ireland and confirmed its price
You may also like
1 week ago
Confusion reigns as people who "registered" in the past year may not be eligible to vote in general election
1 week ago
Verona Murphy to run as independent candidate in general election
1 week ago
Sinn Féin backs deal to restore power-sharing in Stormont
2 weeks ago
No, it's not World War III: An explainer on the current situation between the US and Iran
2 weeks ago
Fine Gael's epic own goal on RIC event can't be blamed on the public's "disappointing response"
2 weeks ago
Micheál Martin calls RIC commemoration event an "error of judgment"
Next Page